On China, Trade and Trump's Steel and Aluminum Tariffs 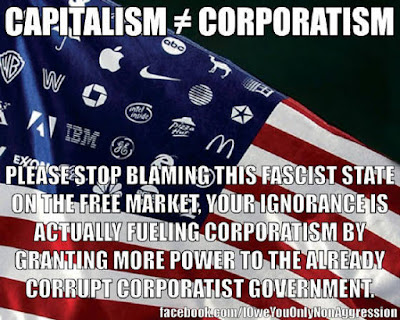 On March 1, 2018 the Trump Administration announced steep tariffs on imported steel and aluminum, here.  The DOW dropped over 400 points.  Trump was immediately accused of protectionism and abandoning free markets.

Really?  Is there even such a thing as a truly free market in a global economy controlled by globalists, corporatism, fascism, oligarchy and statism?

If you really want to talk protectionism, you first need to understand the pampered businesses that are heavily subsidized by taxpayers.   The US has many corporate welfare queens as do other nations.  The US sugar barons are so protected that they have been granted a monopoly.  The end result is that the US candy industry has outsourced itself to foreign nations where the free market price of sugar keeps them globally competitive; the US has lost thousands of candy making jobs.

The Chinese government heavily subsidizes many industries, including steel and aluminum.

China makes half the world’s steel with the help of heavy government subsidies and other unfair advantages, a new report found.

Lessons From The Aluminum Industry: The Hidden Cost Of China's Cheap Solar


In 2000, China produced only about 11% of the world’s primary aluminum. Now, it produces more than half. This historically unprecedented expansion of production capacity resulted from government policies rather than process improvements or lower input costs. In fact, of the 50 highest-cost aluminum smelters in the world, 37 are located in China.

China’s government has been subsidizing aluminum smelters through direct grants, interest free loans and other “incentive” mechanisms. Absent this massive support scheme, a significant number of the smelters in China would have been forced to declare bankruptcy. Ironically, Chinese smelters often have above average operating costs compared to smelters located outside of China, primarily because of high energy costs.

President Trump campaigned on FREE TRADE so long as it was fair trade.  It's certainly NOT free trade when a nation subsidizes its own domestic manufacturing to gain a competitive advantage.  China has been gaming the system of trade for decades.  Not only does China heavily subsidize a lot of its industries, it also manipulates its currency, the yuan.  Keeping your currency low and undervalued makes a nation's exports a whole lot cheaper in foreign import markets.  Conversely, a strong currency raises the price of goods.

Therefore, China has largely grown its economy through currency manipulation and subsidies.  LOL, this is what passes for free trade these days.  It's a freaking joke.

Obviously, true free markets devoid of currency manipulation and corporate subsidies would not only solve trade problems, it would also function as a critical path to free markets.

So why is everybody screaming that Trump is a protectionist when it's perfectly OKAY and acceptable for other nations, OUR ECONOMIC COMPETITORS, to do it?   The US economy, American workers and American businesses have been severely hurt by protectionism and subsidies.

I applaud what Trump did and not because I approve of tariffs but because just maybe it's a step in the right direction to achieve truly free markets.  Yeah, it's a nasty tit for tat game but the goal of businesses competing in NON SUBSIDIZED and NON MANIPULATED markets is a worthy endgame.