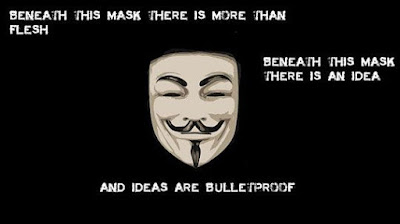 I asked my Facebook friends for their favorite movies, anti-government movies and pro-liberty movies and documentaries.  Enjoy!!

...and justice for all, here, Bryn Fish

Dr. Stranglove or: How I learned to Stop Worrying and Love the Bomb, here,  John Brierly Jr.

Enemy of the State, here, Judy and many of her Facebook friends

The Man Who Would be King, here, Kathryn Weitzel

The Matrix, here, Base Aransas

One Flew Over The Cuckoo's Nest, here, David Simchock

Tucker, The Man and His Dreams, here, Stephen Bone

V for Vendetta, here, Judy and many of her FB friends 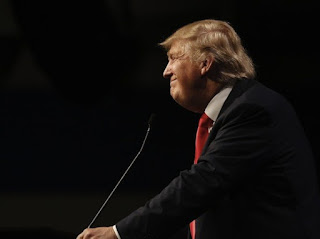 Every day Ted Cruz reaches new lows in outright lies, misinformation, disinformation and twisting the facts. His latest rant has been interpreted as an attack on Donald Trump because his immigrant grandparents were successful immigrants.

It's true that Donald Trump was raised in upper middle class comfort in a house in Jamaica Estates in Queens NY.   Trump's childhood house. 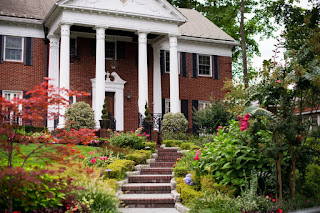 The real issue however is how it happened that Donald Trump was lucky enough to grow up in comfort.  The answer is that his grandfather was hardworking and successful immigrant who instilled those values into his son.

Trump's grandfather immigrated from German to the US in 1885. He worked as a barber in NYC for 6 years according to Wikipedia, here.  He moved to Seattle where he leased a storefront and opened a restaurant.  He eventually opened hotels and restaurants in mining towns in Washington, British Colunbia and the Yukon Territories and yes his hotels-restaurants-bars were also viewed as brothels, a vital service in mining towns.

In 1901 Frederick Trump returned to Germany and married but he ran into troubles with the German government who accused him of leaving Germany to avoid taxes and conscripted military service, something any freedom loving, anti-statist Libertarian would cheer.  In 1904 he returned to the US with his wife, baby and worked as a barber and restaurant manager.  He lived in the Bronx and died of the flu in 1918 at the age of 49.

His son Fred (father of Donald Trump) started a business with Trump's grandmother and widow of Frederick.  They built modest homes in the Queens that sold for $3,900. They were very successful and  expanded into commercial construction which was also successful.  It's that success that bought Fred the house in the Queens that seems to enrage folks like Cruz who object to the success of immigrants.  Donald Trump's grandfather was a hardworking entrepreneurial man who strove to achieve the American dream for his family.  That dream and success was further magnified by Fred Trump.

The so-called silver spoon in Donald Trump's mouth is a classic American immigrant success story that would generate praise had the successful immigrant been anybody but Trump's grandfather and father.

For Ted Cruz to insinuate such a disparaging attack on Trump and his successful immigrant heritage is appalling to the point of being evil.  The father of Ted Cruz, Rafael Cruz, is some brand of a firebrand Pentacostal Dominionist preacher whose views on Christian theology would terrify anybody. The Daily Beast has an excellent summary of the religious beliefs of Raphael Cruz and ilk.

Rafael Cruz, father of Ted Cruz, is a preacher of the far-right doctrine of dominionism, which holds that Christians should take over the government and save it from the wicked.

When Ted Cruz announced his candidacy for president, many assumed he would quietly distance himself from his father, Rafael Cruz, since the elder Cruz has long been extreme in his religious views, and outspoken in proclaiming them.

But the opposite has been the case. Rafael Cruz has been the senator’s primary surrogate on the campaign trail, particularly with the evangelical voters who are now Ted Cruz’s base....

Historically, dominionism began as an offshoot of Christian Reconstructionism, the sect founded in the 1960s by defender-of-slavery R.J. Rushdoony that seeks to replace secular law with Biblical law, stonings and all. More moderate versions of Reconstructionism began to take hold in the New Christian Right, which began in the 1970s as an effort to re-engage evangelicals in politics and fight back against the sexual revolution and the civil rights movement. Dominionism was one such version.

Many Evangelicals in America are indeed concerned enough about the religious beliefs of Ted Cruz that they voted for Trump.  The Evangelical south was supposed to be the impenetrable firewall of the Cruz campaign but Trump smashed it and won the south and its Evangelicals.

Cruz is unelectable in a general election because he's a firebrand religious zealot.  In addition to being very scary and a direct threat to the tolerance that we value, Cruz seeks to impose some version of a Biblical theocracy on America.
Posted by Judy Morris at 6:10 AM 1 comment: 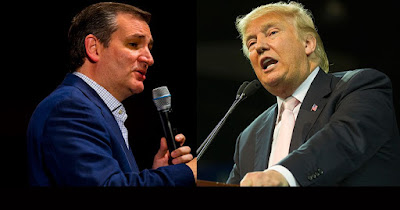 While Trump won Louisiana and Kentucky as Cruz won Kansas and Maine, it was Cruz who cleaned up on delegates on the 3/5 Super Saturday.  Cruz won 64 delegates, Trump 49, Rubio 13 and Kashich 9.   Trump leads the total delegate count with 382, followed by Cruz with 300; Rubio has 128, Kasich 35 and Carson 8, here.

A recap of Super Saturday States from Politico, here:

It was an ugly night for Trump as his 2 victories were narrow but the victories of Cruz were blowouts.

With regard to Trump's 382 total delegates thus far, it should be noted that the combined delegates of Cruz, Rubio, Kasich and Carson total 471.  Yes it's a trend and it's also entirely possible and highly probable that the RNC-GOP machine are indeed delighted that Trump can be denied the nomination at the RNC Convention.

For the record, I'm personally supporting Trump for reasons outlined in The Top Ten Reasons To Vote For Trump.

That said, certain trends and patterns are emerging.  Specifically, Trump seems to perform poorly in caucus states and the mid west. Ironically, Cruz viewed the south as his solid Evangelical firewall but Trump demolished it.  With Trump cleaning up big in the south from the South Carolina primary (winner take all where Trump bagged all 50 delegates) and Super Tuesday, it appears that the momentum is shifting away from Trump and toward Cruz.

Both Cruz and Trump are disdained by the establishment RNC-GOP but for different reasons. Trump is disdained by the Republican elites because he's an independent thinker, he's not likely to take orders, he's bashed Republican foreign policy and he vigorously oppose the nasty corporatist trade agreements that will continue to decimate US manufacturing and high paying middle class jobs. Cruz is disdained because as a fundamentalist Domionist religious right whackjob, he's unelectable in a general election.  On the other hand, bat shit crazy as Cruz is, he's a solid neocon that has the support of Wall Street and the banksters.

The top 2 candidates of the RNC-GOP elites were Jeb Bush (now out of the race) and the backup Rubio who is floundering badly in the primaries.  If Rubio can't change the momentum by winning his home state of Florida 3/15 and start racking up primary victories, he's toast.  It's appearing that Rubio is already toast.

So what will the RNC-GOP elites do?  Well, they are rather delighted because they now see a real clear path to general election victory with a bankster loving, warmongering Democrat named Hillary Clinton - a favorite of Wall Street, defense contractors and the military industrial complex.  Many Republicans have publicly stated that they would support Clinton over Trump.

If Cruz can win the Republican nomination, the RNC-GOP elites won't have to worry about the nasty business of endorsing a psychopathic Democrat over a Republican; all they have to do is wait for Clinton to demolish Cruz in the general election.

However, it's far from over for Trump.  While I predict that Trump momentum will continue to decline for a while, I also believe that Trump momentum holds the potential to accelerate once the primary moves out of the mid west and into late primary states like Pennsylvania, New York and California where the Dominionist religious right tends to perform poorly.  Also, except for Nevada which Trump won big with 46%, the west hasn't voted and will become a primary wild card.

Meanwhile, everyone is waiting with baited breath for March 15 when Florida, Illinois, Missouri, North Carolina and Ohio vote.  Florida and Ohio are viewed as the most significant Republican primary states because they are the home states of Florida Senator Rubio and  Gov. Kasich, the sitting governor of Ohio, in addition to being winner take all states.  If anything, March 15 will indicate how long and drawn out the Republican primary season will be.  If Rubio can't win Florida, he will have to drop out and it's clear that he really doesn't even have a path to victory regardless of what happens in Florida.

Meanwhile, all we can do is wait as the Domionist religious right and RNC-GOP elites temporarily celebrate their victories as they plot their strategies to defeat Trump - the only real game on the GOP agenda because Cruz can be dispatched in the general election.  Trump can't.