Kenya, Gun Rights and the Murder of Kenyan Christians by Muslims 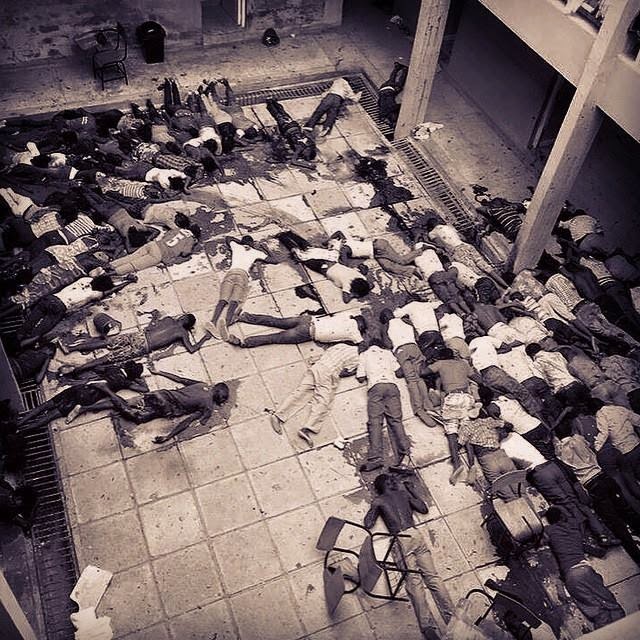 Kenya is a predominantly Christian nation (over 80%) and the Muslim minority is about 10-12%.

The NY Daily News reported that that the student massacre was carried out by 4 armed Muslims, here.

The NYT reported that the Muslim murderers numbered between 4 and 10, here.

A small group of militants, most likely between four and 10, roved from dorm to dorm, separating Christian from Muslim students and killing the Christians, the authorities said. Students described being awakened before dawn by the sound of gunfire and fleeing for their lives as masked attackers closed in....

The Shabab has killed hundreds of Kenyans — on country buses, in churches, in remote coastal towns and inside one of Kenya’s fanciest malls during a devastating siege in 2013 that left 67 people dead and rattled Kenya’s prized image as a cornerstone of stability in this part of Africa. The Kenyan government is so desperate to stop the Shabab, one of the most violent franchises of Al Qaeda, that some officials have even proposed building a 424-mile wall across the entire Somali border.

Kenya’s tourist industry, one of the pillars of its economy, has been badly damaged by the terrorist attacks, and the bloodshed on Thursday is sure to make things worse. There are also fears that the Shabab’s relentless emphasis on singling out Christians could inflame religious strife in a country already wrestling with tensions between a Muslim minority, which has complained about government persecution, and a Christian majority that increasingly feels under attack.

Besides the obvious question of whether or not anybody can peacefully co-exist with Islam, the real issue that jumps out is the issue of gun rights.  The slaughtered Kenyans in both attacks were unarmed and defenseless, therefore the issue of gun rights in Kenya must be addressed because armed Kenyans could have massively reduced the carnage, saved lives and serves as a warning to Muslim murderers that they refuse to be easy and soft targets.

In Kenya, gun rights are weak, very weak.  Apparently you can't own a firearm in Kenya, a nation of over 44 million, without a government license and the government shut down the firearms licensing office in 2014.

There are about 10 firearm dealers in the country who issue guns to those with permits to own them.

The moratorium was put in place after it emerged that there is no thorough vetting done before guns are issued to civilians.

Kenyan firearms laws are indeed responsible for the massacre of defenseless unarmed citizens and the only reason the death toll at the Kenyan Mall attack wasn't higher than 67 is that an armed British Marine rescued 100 potential victims, here.


The terror at the Westgate Mall in Nairobi, where Islamic militants killed 67 defenseless people is over, Reuters reported early this afternoon. Emerging as a surprise hero is a former British Marine who, armed with a handgun, rescued 100 terrorized shoppers, returning dozens of times into the mall, according to Mail Online.

How he came to be armed is open for question, and his continued anonymity “for security reasons” leads to fair speculation that he is an operative for the British government working with the military and the Kenyans “in tracking UK citizens involved with hardline Islamists in Somalia and Yemen.”

In any case, the hapless victims had no similar response options, as Kenyan law effectively assured the “al Shabaab militants” a guaranteed unarmed victim pool. That's because Kenya provides a veritable wish list of what so-called “gun safety” groups, masking their ultimate goal of a total ban on private ownership of firearms, represent as “common sense gun laws.” A steely former British Marine armed only with a handgun repeatedly risked his life to save about 100 people from the Kenya mall massacre, running in and out at least a dozen times to shepherd frightened civilians to safety, British reports say.


There is something fundamentally evil and wrong when a legal system disarms citizens and guarantees a huge pool of unarmed victims.

Meanwhile, anti-gun groups in Kenya and elsewhere continue to demand that all citizens everywhere be disarmed.  This of course would not disarm those committed to murder and evil.  At the end of the day, the only sane defense against violence and murder is the armed citizen. Unarmed citizens are nothing more than sitting ducks and potential victims of all violence, including gun violence.

The anti-gun folks do indeed promote policies that enable criminals to commit horrific violence against innocent victims.  The anti-gun folks are the real criminals here and yes their hands are dripping with the blood of the innocent.
Posted by Judy Morris at 5:52 AM 95 comments: