The Economic Cost of Attacking the 2nd Amendment

As the Second Amendment debate heats up, it's the red states vs. the blue states. The blue states are aggressively introducing and/or passing legislation to restrict gun rights while the red states are considering strong legislation to protect the 2nd and even nullify any federal legislation that weakens and restricts gun rights. None of this is surprising. However, there will be a considerable economic impact on any states that pass anti-gun bills as it relates to the firearms and ammunition industry.

Erie-based Magpul Industries has threatened to leave the state if lawmakers are successful in passing the sweeping gun-control package, which limits the number of rounds a magazine can hold, according to The Denver Post....

Magpul, which employs some 200 people directly and supports about 400 jobs through subcontractors, expects to contribute nearly $85 million to Colorado’s economy this year, according to The Post.

In New York, a gun manufacturer is threatening to leave over the draconian anti-gun bill passed by the NY legislature and signed into law by the governor.

ALBANY — One of the world’s major gun manufacturers is threatening to pull its plant out of New York over a gun bill pushed by Mayor Bloomberg.

Remington Arms Company, in a recent letter to Gov. Cuomo, said it may be forced to bail on the Empire State if a law requiring bullet casings to carry unique markings is enacted.

Remington has a manufacturing plant that employs more than 1,000 workers in the village of Ilion, about 90 miles west of Albany.

The firearms industry is a huge business in America.  According to the Washington Post "This year, the industry is expected to rack up a steady $11.7 billion in sales and $993 million in profits..", here.

If the blue states persist in hacking away at gun rights, this will translate to an economic boom in the welcoming red states as firearms manufacturers relocate to friendlier red state turf that isn't hostile to its business.

The irony here is truly priceless: nothing like shooting your economy to death.
Posted by Judy Morris at 10:14 AM 2 comments:

These are awesome times for liberty activists and the power of the Internet has been our greatest weapon in exposing the draconian tyranny that is descending upon us like an Iron Curtain. There are some awesomely dedicated folks doing great work for liberty on the Internet with websites, blogs and citizen journalism.  I'm a huge advocate for citizen journalism because the slop we get from mainstream media is unacceptable for intelligent, moral and thinking folks.  However, liberty media is highly individualistic, small, disorganized and limited. Moreover, there is no liberty media that is designed for mass information, news, communication, activism and education. Liberty does not have a one stop 'go to' website where folks can get news, debate/discuss news and issues affecting liberty, have access to educational material or organize for activism.

What does liberty need? Liberty needs a website with a simple and appealing name that is a combination of Drudge styled news headlines, the best of liberty media (reason.com, LewRockwell.com etc.) and bloggers.

I like the simplicity of the Drudge Report format because it's quick and downloads fast; Drudge doesn't  have all the clunky photos and graphics of a Huffington Post.  However, I would NOT want a website that looks like Drudge and but something that looks like a combination of Drudge simplicity and other sites that prominently displays linked material.  I rather like the format of Mish's Global Economic Trend Analysis because of its linked blogrolls and websites. Showcasing citizen journalists, their websites, their blogs and their research should be a TOP priority of any liberty website.

I also think that categories are important simply because folks tend to follow their favorite issues.  Minimally, categories should include:

I believe that a lot of very significant activism will be taking place at the city and state level, especially on NDAA, drones, Obamacare, the 2nd amendment and more.  Therefore, I would want a drop down tab showing all 50 states with the ultimate goal of having a state coordinator to inform folks at the state level and organize activism.  Each state should really have its own liberty blog/blogger(s) to keeps folks informed on what is happening in their state, city or geographic area.

The primary purpose of creating a powerhouse of a liberty website is to showcase the work of liberty activists and create a strong alternative media that's got just about everything and anything that liberty activists need in the way of news, information, education and activism.

One of my problems is that I'm not a video person because I prefer to read and believe that a lot of videos are nonsense.  Still, I believe there is a place for high quality video and there are indeed folks who prefer video to text.  Quality video is a void that must be filled.

I want a liberty website to deal with credible and documented facts, as well as valid history.  The other day, I got a Facebook message telling me that Obama was indicted and would be resigning.  The link provided was clearly not credible.  They may be a place for utter nonsense in the whacky world of the Internet but certainly not on a high quality liberty website.

Above all, I want a website that will have first class, reliable, important and factual information that will appeal to the young, to liberty activists, to independents, to Libertarians and to disaffected Republicans and Democrats who are not happy with establishment R and D propaganda.  A liberty website that is ideologically anchored in the core principles of liberty should absolutely appeal to a very wide range of folks.

It's also critically important that a liberty website not only maintain exceptionally high standards of information quality but also civility in discourse.  There is nothing worse than a Facebook post degenerating into "you effing moron..." and worse.  Precisely because a liberty website will be designed to appeal to a broad range of folks with different ideas of liberty, religious and cultural issues, it is imperative that folks be respectful.  Disagreement will always occur but they should be civil and respectful because the purpose of any discourse should be to advance a solution to a problem and not pulverize, humiliate and degrade anybody who disagrees with you.

Moving forward, the challenges of building a powerful liberty website include:

I'm throwing these ideas out there because I'm looking for help, ideas and input on how best to serve and market the cause of liberty on a very grand scale.

I believe that we need to bring the big world of liberty under a very large and effective liberty umbrella.  Some of my favorite websites include:

Environment
Junk Science
Watts Up With That?

Legal Defense of Liberty
The Institute for Justice
The Rutherford Institute

I don't doubt that the above list of liberty links could be significantly expanded but it's a good starting point.

Finally, I absolutely believe that the liberty movement is growing leaps and bounds but that liberty's presence and power on the Internet is lacking.  If we are going to be a formidable force in the battle for liberty, the Internet is the battleground to win the only war that I personally support.  Small low volume sites, even if they are high quality, get lost.  We need to bring the power of our resources together for maximum effectiveness and showcase our talent, determination and hardworking liberty activists.

We need to assemble our own liberty think tank to advance the project.

Email ThisBlogThis!Share to TwitterShare to FacebookShare to Pinterest
Labels: Internet, liberty, websites
Posted by Judy Morris at 5:59 PM No comments: I've blogged a lot about civil liberties and am posting a collection of my blog rants on the issue.

Racist Origins of Gun Control and the War on Drugs

It Takes 6 Cops to Stripe Search a Woman in Public and Remove a Tampon for a Rolling Stop Sign Violation, All in Front of Her Children 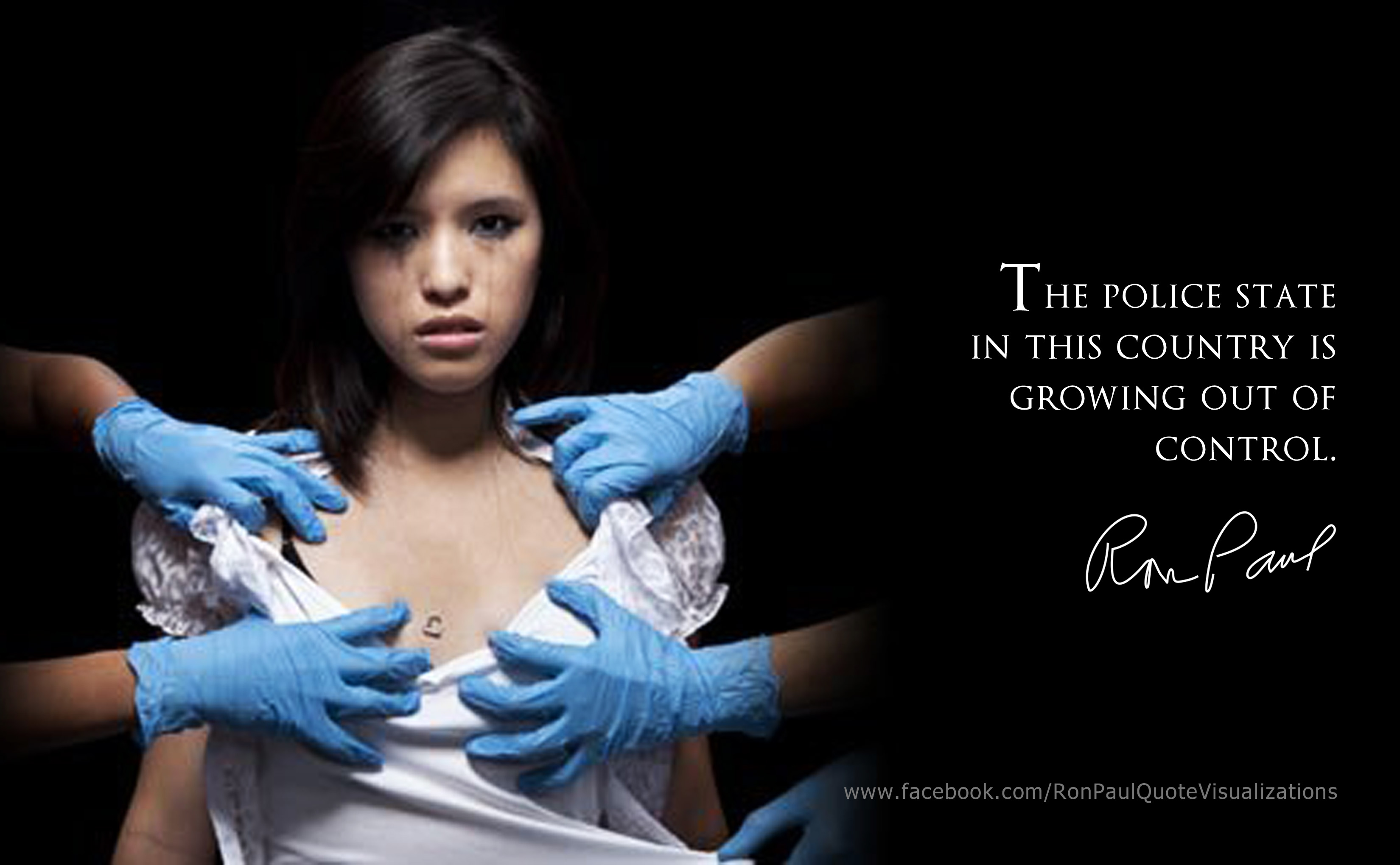 America: A Prison Nation Where Just About Every Human Activity is Criminalized Welcome to Police State USA. You voted for it, you got it.

The War on Drugs is Racist and Expensive

Bend Over and Spread Em says the Supreme Court 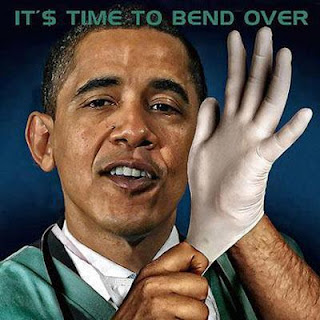