America, a big country with low population density, How many people do we want? 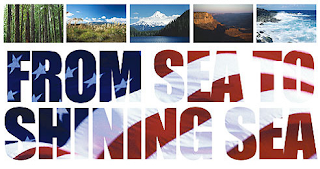 One of the great things about America is that we are still pretty much a wide open low population density country.

What does size and population mean?  It means a lot because population density definitely affects the quality of life so let's look at some stats.

On a Wikipedia list of nations ranked by population density, America ranks 146 out of 194, here.

The population of the world is 7.5 billion and total landmass excluding Antarctica is 52 million square miles.  India and China alone comprise 37% (2.75 billion) of the global population while occupying a significantly smaller percentage of the global landmass.

Extreme poverty is widespread in India and China yet both nations have implemented economic policies that have lifted hundreds of millions out of poverty.  Photos like this are not uncommon for nations with huge populations. 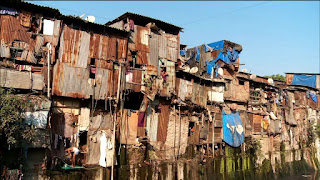 In a little over two decades, starting in 1990, India pulled the second-most number of people in the world out of poverty. And the country is not done yet, as until 2020, it will lead the pack with its stunning GDP growth numbers exceeding 7% annually.
Despite reservations about the accuracy of its growth numbers, Asia’s third-largest economy is batting in the big league, according to a McKinsey Global Institute (MGI) report released today (Sept. 12). It is ranked among 18 “outperforming” emerging economies that have cumulatively lifted a billion people out of extreme poverty between 1990 and 2013.

India made the second-biggest impact by pulling 170 million people out of poverty between 1990 and 2013, reducing the number of its citizens living in extreme poverty by 25%. During the same period, life expectancy in the country rose by more than a decade.

Capitalism is making the world less poor and that's a good thing.  But let's get back to America.  America has never experienced high density populations and extreme impoverishment, although video clips of the homeless in CA are indeed alarming.  Still, the worst impoverishment in America is nowhere near as extreme or pervasive as it is elsewhere.

With immigration becoming a big issue in America, we need to ask ourselves this: How do we envision the future of America and what will we look like as our population expands or explodes?  It's a valid question.  Will more and more of our cities look like San Francisco and Los Angeles?  What are the social costs of alleviating poverty?  How does mass migration and open borders affect our poverty levels as well as demands for more extensive and expensive social services?  That's a tax burden forced upon the native population.

Do Americans want to remain a low density population nation with considerable open spaces or do we want to explode our population and eventually look like China or India?

Obviously, the decisions we make now relative to immigration will permanently affect how we live and what America will eventually become.

With 7.5 billion folks on the planet, many of them would do anything to get to America.   Frankly, I can't blame them because who wouldn't want a better life in a better country?   However, when a better life for someone else decreases the quality of the lives of our own citizens, that's a huge issue and a big problem.

It has nothing whatsoever to do with racism or nativism but everything to do with maintaining the quality of life for Americans. You can't import the 3rd world without becoming the 3rd world.