Trump, Iran and the JCPOA - What it is and what isn't it. 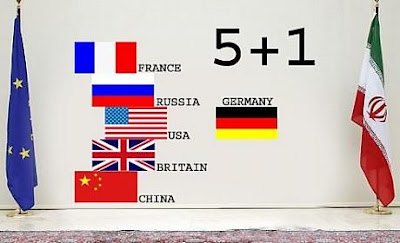 There is much confusion on the JCPOA, Joint Comprehensive Plan of Action, otherwise known as the Iran Deal.  It was negotiated by the what is called the P5 + 1.  the P5 are the 5 permanent members of the UN Security Council - the US, France, Britain, Russia and China.  Germany is not a permanent member; hence it's called the +1.

The primary purpose of the Iran Deal was to get Iran to agree to give up its nuclear ambitions in exchange for the lifting of crippling sanctions that have had a devastating impact on Iran's economy.

The negotiating process had been going on for years, over 10 years according to some European officials.  When John Kerry became Secretary of State, negotiations intensified and spanned 20 months.

The nuts and bolts of the deal have been accurately summarized by an RT article titled The Iran nuclear deal explained.

Under the JCPOA, Tehran gave up 98 percent of the enriched uranium it already had, and only keeps material enriched to the lowest threshold of five percent (weapons-grade uranium starts at 85 percent). Two-thirds of Iran’s enrichment centrifuges are halted, leaving only around 6,000 older models operational. Any remaining materials and facilities are to be used strictly for scientific, medical, and agricultural purposes.

Iran’s compliance is being monitored by the International Atomic Energy Agency (IAEA). The JCPOA boosts the IAEA mission in Iran from 50 to 150 experts with round-the-clock access to any nuclear-related facilities, and additionally envisions remote and satellite surveillance.

In return, Iran gets relief from a portion of economic sanctions, some of which have been in place since the Islamic Revolution of 1979.

United Nations and European Union sanctions were either suspended or lifted, and no new sanctions will be introduced as long as the JCPOA is in effect.

The US, however, never agreed to permanently lift or even suspend its own sanctions against Iran. Instead, the US president periodically reviews the deal and signs a waiver that ceases their application.

Treaties are typically submitted to the US Senate for ratification which requires a 2/3 supermajority vote.  This is nearly impossible to get. Obama knew this going into JCPOA negotiations - the JCPOA was never going to be ratified as a binding treaty.

The Iran Deal was crafted as a political commitment and nothing more.

The Lawfareblog.com which analyzes legally complex issues has written on the JCPOA.


The State Department said, in part:

"The Joint Comprehensive Plan of Action (JCPOA) is not a treaty or an executive agreement, and is not a signed document. The JCPOA reflects political commitments between Iran, the P5+1 (the United States, the United Kingdom, France, Germany, Russia, China) and the European Union. As you know, the United States has a long-standing practice of addressing sensitive problems in negotiations that culminate in political commitments.

The success of the JCPOA will depend not on whether it is legally binding or signed, but rather on the extensive verification measures we have put in place, as well as Iran’s understanding that we have the capacity to re-impose – and ramp up – our sanctions if Iran does not meet its commitments."

This is not a new development, though it is interesting to see the administration assert it so explicitly. Both Jack Goldsmith and John Bellinger (among others) made this clear when the deal was announced this summer. Jack noted that the deal was not a pure executive agreement but merely a political agreement, which “do[es] not create legally binding obligations, even if [it has] normative force in the political (or moral) context.” And, as John argued, while the UN Security Council Resolution (UNSCR) that implemented some of the terms of the JCPOA is binding under international law, the JCPOA itself is not. Nor does the UNSCR require the U.S. to lift domestic sanctions.

While this issue is not new, it has received some heightened scrutiny in the wake of multiple Republican presidential candidates vowing to repudiate the deal if elected. Marco Rubio, for example, said this very thing in September.

There are two related issues here. First, as noted above, as a political agreement the JCPOA is not binding under international law. The second issue is whether the commitments made in the JCPOA are binding under domestic law. An article in the Atlantic flatly asserted Rubio was wrong, equating the Iran deal to congressionally authorized executive agreements such as the International Monetary Fund, World Bank, NAFTA, and World Trade Organization.

But the JCPOA is not such an agreement, as the State Department’s letter makes clear. It is only a political commitment. (Mike Ramsey has a fuller explanation here.) Because the President already had authority under the domestic law to waive sanctions against Iran, there was no need for him to get Congress to change the law. Thus, in implementing the JCPOA by lifting sanctions, the President is essentially telling Iran he will exercise his statutorily authorized discretion to waive the sanctions. A future President could use that same authority to tell Iran he or she is re-implementing the sanctions in the interest of national security. It would be odd to say that President Obama’s use of his statutory discretion to waive sanctions somehow legally prevented a future president from using that same discretion to re-impose sanctions. The law never changed. It still gives the president discretion to apply those sanctions against Iran.

Nor did the Iran Review Act constitute congressional authorization of the Iran deal. It merely delayed the President from waiving sanctions until Congress had a chance to review it; it did not change the underlying law.

As Jack noted, the President and his legal team carefully crafted the deal to get around congressional opposition. The President knew he did not have sufficient congressional support to amend domestic law such that the JCPOA would become legally binding on future presidents. But he also calculated that even under the Iran Review Act, Congress could not muster a supermajority to stop him from using his statutory authority to waive the sanctions. So he settled for what he could get, even though, as his State Department now admits, this is only a political commitment (and therefore does not bind future presidents).


There, you have it.  The JCPOA is NOT legally binding, it's not the law and it's only a political agreement or commitment.  The Iran Review Act can hardly be construed as an enforceable law that reinforces the JCPOA.

The JCPOA was merely a START to get Iran to give up its nuclear ambitions in exchange for the lifting of sanctions.  Even if the agreement isn't enforceable, it constituted a damn good start to a solving a nasty problem and the world is a better place because of it.

Why stick with the deal?  Because the alternative, shredding the deal, would indeed free up Iran to pursue nuclear weapons.  So why would any sane person pursue a policy that would encourage Iran to become nuclear armed?  It makes no freaking sense.

Ahh...BUT the neocons, Saudi Arabia and Israel want war with Iran and Syria, and of course they cannot wage such a war on their own.  They need the US.  Bear in mind that Iran is a nation of 75-80 million folks and Syria has a population of about 25 million.  Iran has done NOTHING to the US and there is no valid reason, national security or otherwise, to put the lives of 100 million folks at risk just to appease Israel and Saudi Arabia.

In a weird twist of events, Britain, France and Germany issued a statement that they intend to honor the JCPOA.  It's likely that Russia and China will join them. Nobody on the freaking planet except US neocons, Saudi Arabia and Israel want to nuke the Iran Deal.  Europe is already trading with Iran and to the tune of $25 billion a year and growing.  Because of Trump shredding the Iran Deal, Boeing will lose huge contracts to sell Iran passenger aircraft and according to Boeing, those contracts would have provided 100,000 jobs.

Nuking trade is wrong and boneheaded because trade is the mothers milk of peace and peaceful co-existence.  The rest of the world has wisely made the decision to pursue trade instead of war.  This has obviously infuriated DC and Trump is now looking like a damn isolationist fool as his schemes backfire globally and domestically.

What is Israel, Saudi Arabia and the US really demanding of Iran?  It's pretty straightforward.

They demand that Iran be DEFENSELESS against #Israel, #SaudiArabia, the US and other Sunni nations which of course is the equivalent of national suicide.

The real target of Trump, Israel, Saudi Arabia and the neocons is Iran's non-nuclear missiles program. They hate the fact that Iran has defense capabilities. Unlike the US, Israel and Saudi Arabia, Iran has never used its missiles offensively against any nation except in the Iran-Iraq War which was started when Iraq invaded Iran.

Bear in mind that the US and the Saudis goaded Saddam Hussein into fighting the Iran-Iraq War which raged for 8 long horrifying years from 1980 thru 1988 at great human, financial and economic costs. The estimated death toll is generally believed to be at least a million although some estimates put it at 500,000 to 1,200,000.

The CIA overthrew Iran's democratically elected SECULAR government led by Mohammad Mosaddegh in 1953. The dreaded Shah, a US puppet, was installed and he operated a police state complete with torture prisons for political opponents and murder. This in turn paved the way for the Islamic Revolution in 1978 and the installation of the theocratic ayatollahs who turned out to be just as murderous, cruel and ruthless as the Shah.

Because of the chaos of the 1978 Revolution, the US and Saudi Arabia believed that Iraq under Hussein could easily defeat Iran and collapse the regime. That never happened and the war was fought to a standstill.

Iran will NEVER consent to being defenseless. They understand what happens when a nation lacks defensive and offensive capabilities. They've been there.

The 1400 year old Sunni-Shiite rift is an ongoing religious civil war and the US has no business intervening on either side. Smart folks remain neutral in such situations.

The geopolitics of religion, empire, national sovereignty and natural resources are indeed potentially very explosive. The US has a long history of supporting the wrong folks that include world class tyrants, human rights abuser and psycho islamist theocrats in Saudi Arabia.  Israel is NOT our friend and has its own motivations that include destroying Syria and Iran.

Finally, and back to the JCPOA, I highly recommend reading another excellent legal piece from the Lawfareblog.com.  Fast forward to May 8, 2018.  It's worth reading for more details on the deal.

Trump Withdraws from the Iran Nuclear Agreement: What Comes Next

What the JCPOA is and isn't should be clear by now.  However, the issue of what is in the best interest of US national security is far from resolved given Trump's repudiation of the JCPOA.  Its not an issue of whether Trump's decision was legal; Trump was legally empowered to do what he did because the JCPOA was not a treaty or even a law or even legally binding. But why do such a thing and for what purpose?  The JCPOA, flawed as it may have been, was working  quite effectively
to neutralize the determination of a nation to pursue nuclear weapons.  It's America that will ultimately be the loser and Trump who will look like a damn fool.

America never learns that bullying doesn't work and neither do bombs and military interventions. Diplomacy and trade are always preferable to wars because folks can walk away from the negotiating table with a win-win so the world can have a chance at peace.  Trump and his freaking neocon war cabinet demands this:  You lose, I win and I will bomb the hell out of you if you refuse to capitulate to my demands.

Such arrogance will not MAGA!  Big fail President Trump!!