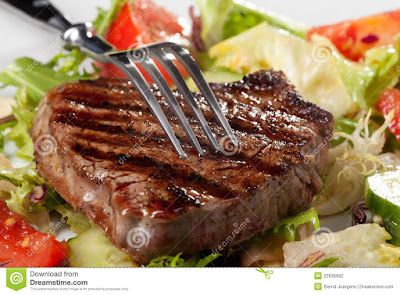 When I attempted to post a Daily Caller link on the Green New Deal on Facebook, it was flagged as offensive and would not post!  It's a harmless link that calls out the Green New Deal for its clear  intent to ban meat and dairy foods in a radical move to not only criminalize what we are used eating but to radically control what we will be permitted to eat.

The accompanying FAQ’s reference to eliminating “farty cows” sent ranchers into a panic, fearing Democrats were taking aim at their livelihoods. Environmentalists have targeted the beef industry for years, and concern over methane only gave activists more ammunition.

“Livestock will be banned,” Wyoming GOP Sen. John Barrasso, who represents lots of cattle ranchers, warned on the Senate floor after the Green New Deal was introduced. “Say goodbye to dairy, to beef, to family farms, to ranches.”

“Farty” was eventually deleted — in fact, most of the methane cows emit is from burping, not farting. The entire gaffe-riddled FAQ was eventually taken offline by Ocasio-Cortez’s staff amid the ridicule.


Speaking the truth about the Green New Deal is verboten on Fascistbook!  However, I did successfully post the link on Twitter. 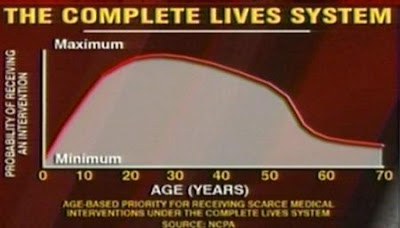 The issues of late term abortion and post birth infanticide/abortion are now embraced by the Democratic Party.  Of course it's gruesome, genocidal, barbarous, savage and grotesquely immoral.  However, it's also the next related issue that is currently getting attention: Who is next? Well, the answer is obvious as it's the old and chronically ill who will be targeted next for planned extermination.

Sound familiar?  It should because the Nazis were the last folks to implement human extermination as a matter of government policy.

Dr. Ezekiel Emmanuel and brother of Chicago Mayor Rahm Emmanuel has been dubbed the godfather and chief architect of Obamacare.  Rahm is a very close friend and associate of Barack Obama, as well as a former Obama Chief of Staff.  Dr. Emmanuel also developed what is known as the Complete Lives System.  Basically, it's a system of bureaucratic healthcare rationing wherein the old, chronically ill and 'expensive to maintain' will be denied healthcare services because they are expendable and viewed as worthless garbage because they are no longer tax contributors but significant tax eaters.

The American Thinker did an excellent job of explaining the Complete Lives System aka The Reaper Curve.


Ezekiel Emanuel has written extensively, before and after he helped draft ObamaCare, about who should get medical care, who should decide, and whose life is worth saving. Emanuel is part of a school of thought that redefines a physician’s duty, insisting that it includes working for the greater good of society instead of focusing only on a patient’s needs....
In numerous writings, Emanuel chastises physicians for thinking only about their own patient's needs. He describes it as an intractable problem: "Patients were to receive whatever services they needed, regardless of its cost. Reasoning based on cost has been strenuously resisted; it violated the Hippocratic Oath, was associated with rationing, and derided as putting a price on life. . . . Indeed, many physicians were willing to lie to get patients what they needed from insurance companies that were trying to hold down costs." (JAMA, May 16, 2007).

Of course, patients hope their doctors will have that singleminded devotion. But Emanuel believes doctors should serve two masters, the patient and society, and that medical students should be trained "to provide socially sustainable, cost-effective care."

Whenever you hear the words 'socially sustainable', it's a big red flag that screams genocide.  Medical care under socialized medicine is defined as a 'medical intervention' and only certain folks are worthy of that intervention.  Who makes life and death decisions regarding who lives, who dies and who gets medical 'interventions'?  Government bureaucrats of course!