Why vote Democrat in Midterms when Trump says America is WINNING? #WalkAway 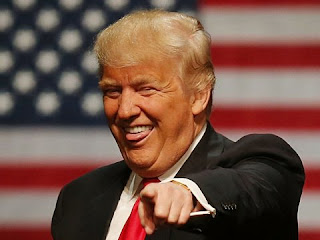 THE ONLY REASON TO VOTE FOR A DEMOCRAT IS IF YOU’RE TIRED OF WINNING!

Replying to @realDonaldTrump
America isn’t broke, we’re being robbed. Top 1% own 40% of net worth, earn 20% of all income, pay effective tax near 15% and each have $10+ million. I’m not opposed to capitalism. I’m opposed to wealthfare. Don’t tell me taxpayers needed to give them tax cut #ReasonsToVoteBlue

The Trump economy is performing well according to all available data and it's a boat that is lifting all Americans including African Americans and Hispanics.

ALONG WITH EVERYONE ELSE, HISPANICS DOING VERY WELL IN TRUMP’S ECONOMY

Last week, the Census Bureau announced new household income numbers, which showed that median income for Hispanic households grew by 3.7 percent, adjusted for inflation, last year. That’s more than double the increase seen by all households. More Hispanics moved into the upper-income brackets, and fewer remained in the lower ones. That’s welcome news as the nation celebrates Hispanic Heritage Month.

Contrast this to the Obama economy. It took until 2015 for Hispanic household incomes to finally get back to their 2006 levels. For the population as a whole, household incomes remained flat between 2010 and 2014, as President Obama rolled out one job-killing policy after the next.

In addition to rising incomes, there are more job opportunities than ever today for Hispanics.

LOL, this is the president that the Dems and liberals continue to call racist, Hispanic hating and well a whole lot of things I wouldn't repeat here.  Anyway, African Americans and Hispanics are doing quite well in the Trump economy, much better than they ever did in the Obama economy, and primarily because of lower taxes for businesses and individual as well as less regulation.  America is once again business friendly and optimism is running high as evidenced by the stock market and consumer confidence continuing to reach new highs.

Let's get back to the guy who rejects Trump's economic achievements and urges folks to vote Democrat.  The dude is clearly upset with wealth inequality but capitalist nations will never have income equality.  That's something that is promised in socialist shitholes like Venezuela where folks are literally starving, can't find basics like medicine and toilet paper and where 2 million have left the country to escape the misery and impoverishment of socialism and a statist controlled economy.

The Democrat Trump hater says he's not opposed to capitalism, just wealthfare.  I'll give him that point.  I also agree with him that Americans are being robbed.  I oppose corporate welfare and corporate subsidies but his definition of 'wealthfare' is probably different than mine because he seems to have convinced himself that the poor and middle class can only be economically empowered  through higher taxes and wealth distribution.

I even agree that the economic system benefits the rich way more than it benefits the poor and middle class.  However, that is not because of capitalism but it is the direct result of corporatism, oligarchy, fascism and all the special interest pay to play games that go on in DC, the District of Crime.

The Democrats demand a statist economy that is highly taxed, highly controlled and highly regulated.  That is clearly a recipe for disaster; it's been tried and it's failed.  Trump is succeeding where the Dems failed precisely because he loosened control, taxation and regulation.

Moreover, anybody who oppose corporatism should embrace truly free markets (non-existent in America).  We have corporatism because of the marriage of big business and big government and it's a system that facilitates the takeover of government by the rich for the specific purpose of serving their interests.

Both of America's corrupt to the core political parties heavily rely on funding from big corporations and rich folks.  The folks who fund the DNC, RNC, Democratic Party and Republican Party are funding their OWN interests by buying government and the favors it doles out.  They could care less about the worker, the poor and the middle class.

If you want a better deal for the poor and middle class, you have to deny corporations and the rich the absolute right to buy power by virtue of their enormous wealth.

YET, the Democrats keep selling the same old, same old tired and failed policies. The Trump Administration and Trump economy are far from perfect, let alone free market, but it's a move in the right direction.

Why in the hell would anybody vote to reverse the economic achievements of the Trump Administration? That's the definition of economic suicide.