The 2012 Farm Bill: A Happy Marriage between Democratic Socialism and Corporate Capitalism 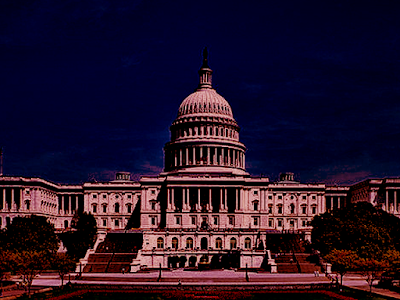 Taxpayer subsidies and anti-competition legislative are the mothers milk of crony capitalism and the fascist state. Karen Kwiatkowski, who is running for Congress in VA, wrote an outstanding piece on this boondoggle.


Complaints are rampant about the draft 2012 Federal Farm Bill. Farm subsidy recipients are enraged about proposed cuts, even as the same benefits would flow to them through direct payments and insurance offsets. Sustainable small farm and local food efforts complain that they are getting short shrift, and corporate agriculture is busily lobbying for its favorite programs. The 46 million Americans currently enrolled in the Electronic Benefit Transfer (EBT) Program may see reductions and restrictions, and we hear that starvation looms large. Everybody wants a piece of the federal agricultural pie. But no one seems to be questioning why this monster half a trillion dollar piece of taxpayer and debt-funded socialized program is in any way good for this country.

Yes, the farm bill is half a trillion dollars and King Corn is also lobbying for ethanol subsidies. Churning our food supply into ethanol energy is hugely subsidized, hugely expensive and produces little in the way of cost effective green energy. Still, that won't stop Big Ag from lobbying to fill its pockets with gobs of taxpayer cash.


King Corn is eyeing the possible loss of the Renewable Fuels Standard (ethanol) subsidy and seeking to gain compensatory supports for corn.

Kwiatkowski then confronts the subsidy scandal with powerful and highly relevant questions.


Here are some questions I’d like to ask about the 2012 Farm Bill: Didn’t centralized government 5-year plans go out with the 1989 demise of the Soviet Union? When do we get to try the free market and liberty?

Why do the lobbyists believe Congress owes them our money? As Davy Crockett noted, it’s not Congress’ money– it belongs to the people!

Can no one envision a future where the government doesn’t pick winners and losers and try to control every aspect of the marketplace? Corporate aid to big banks is wrong. But standing tax-funded bailouts and benefits for industrial giants like Monsanto and ADM are all just fine?

In an era of nearly $18 Trillion in current federal debt, why are we clamoring for even more redistribution of wealth?

Can someone explain to me the collusion between USDA, FDA, FBI, IRS and DHS in conducting raids, confiscations and general harassment of small food producers and retailers all over the country? What part of the budget can we cut to relieve us of this idiocy?

Kwiatkowski closes with a most radical proposal: "I have a radical idea. Let’s let farmers grow and raise what makes sense to them, and let consumers buy and consume what they want. Let’s get the corn syrup, white flour and Monsanto bought-and-paid-for bureaucrats out of policy-making. Why not put private property rights first for a change?"

Any talk of economic liberty and free markets is verboten in the statist, corporatist planned economy where big corporations rule and free market choices are banned as radical.

America definitely has a severe deficit of radicals for liberty.