Is privacy a thing of the past?  To what extent will government be following us everywhere we go and recording all of our activities, including the most intimate of private activities?  Defense contractors are gearing up for huge profits in the exponentially growing drone business.  Besides photographing you, drones can also shoot you and bomb you.  The globalized militarized police state is taking a giant leap and it won't bode well for human life, liberty and privacy.


(Reuters) - Military drone technology, which has revolutionized warfare over the last decade, will be ready for civilian use within four years and could create a market worth more than $400 billion.

That's the prediction from a UK research project backed by the government and top aerospace companies hoping for a windfall as many of the dull, dirty and dangerous jobs done by manned aircraft are replaced by drones.

The consortium behind the program, which includes BAE Systems and Rolls-Royce, sees potential uses for drones from search and rescue to checking oil pipelines, jobs currently done with expensive aircraft flown by pilots who get tired and often in treacherous conditions.

Unmanned aircraft are already being used in niche areas. They were flown over the Fukushima nuclear power plant in Japan to check the damage and the British Antarctic Survey has put them to work checking ice and snow conditions.

"You'll be able to do a lot of things you simply can't do with manned aircraft," said Lambert Dopping-Hepenstal, an engineering executive from BAE who is project director at the ASTRAEA program (Autonomous Systems Technology Related Airborne Evaluation & Assessment).

"We are in the hands of the regulators but within three to four years the technology will be at the right maturity levels," he said.

Dopping-Hepenstal predicted that overcoming public concern about a sky full of autonomous aircraft will probably mean drones are first used in areas away from towns and cities, for sea rescue searches and monitoring fishing grounds.

Chris Elliott, an engineer and barrister who is a consultant to the ASTRAEA project, acknowledged there will be a lot of work needed to win public acceptance but added: "The Pandora's Box is open".

The use of drones in war zones has thrown up difficult ethical issues, particularly on accountability for mistakes, and the shift into civilian use is likely to be just as controversial.

"There is a public perception that has to be understood and correctly informed," said Elliott, arguing that the industry needs to demonstrate safety and address the question of who is accountable should there be an accident.

The research program is working with the Civil Aviation Authority, which regulates UK air space, to demonstrate that the systems for controlling unmanned aircraft make them at least as safe as those with pilots.

Drones would always be controlled from the ground, as they are in military use, but complex systems for detecting terrain and other objects, from aircraft to skydivers, will mean they can fly themselves if communication links with the ground go down.

"This is in some respects the scary bit" as far as public perception is concerned, said Dopping-Hepenstal.

ASTRAEA estimates that broader use could be worth as much as $62 billion a year to the global aerospace industry by 2020.

Ruth Mallors, director of the UK aerospace Knowledge Transfer Network, said a report this year on the value of all the potential services drones could provide bumps that figure up to over $400 billion a year.

Legislators on both sides of the Atlantic are preparing the ground.

The U.S. Congress passed a bill in February requiring the Federal Aviation Administration to integrate unmanned aircraft systems into regulation by 2015. The European Commission wants to do the same by 2018.

ASTRAEA plans flight tests over the North Sea later this year using a Gulfstream aircraft. It will be set up to fly itself but the test plane will also carry a pilot, for now. 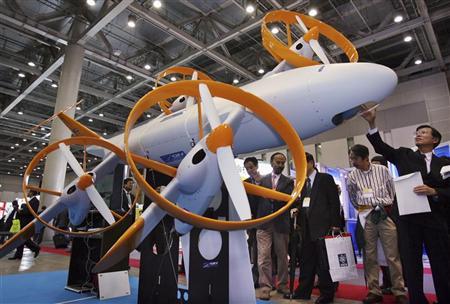 How advanced is drone camera technology? It's very advanced, here.


The powers that be... are spending YOUR tax dollars (millions) on Civil Air Patrol Drones. Also known as CAPD, and pronounced the same. CAPD will have access to your whereabouts, where you shop, eat, and play. IF you and your sweetie are using a public park and are laying nude under the moonlit sky...and think you just saw a UFO...guess again. The drone has recorded in 10,000 high resolution pixels your romantic interlude, and, sent those photos digitally to the NSA Spy center out west to be stored indefinitely in case needed for National Defense. And this my friends is NOT a joke.