Meet FATCA, it Turns Every Financial Institution on the Planet into IRS Agents 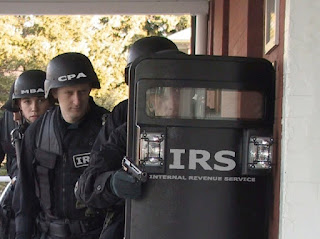 Meet FATCA, the Foreign Account Tax Compliance Act, not to be confused with FACTA, The Fair and Accurate Credit Transactions Act of 2003.  At a time when many Americans are literally leaving America and venturing to foreign shores that are hospitable and welcoming to wealth building productivity, FATCA is an overt act to forever hunt them down like criminals and seize their assets.

What is FATCA?  FATCA was described by Center For Freedom and Prosperity as:


...an effort by the US to conscript foreign banks as agents for the IRS, and to have them pay for the pleasure....

As lawmaker fantasy runs aground on the rough shores of reality, the Treasury Department is stuck trying to implement a bad law full of dangerous ambiguity. So poorly conceived was the legislation that Treasury has repeatedly delayed its full implementation. Moreover, realizing that the legislation is largely unenforceable as written, they’ve begun negotiating directly with governments in hopes that they’ll preemptively sign away their fiscal sovereignty in exchange for promises of reciprocity. But Treasury has no authority to make these promises.

Today the Treasury Department is negotiating with more than 50 countries in an effort to implement FATCA… But governments are doing themselves and their financial industries a disservice by contemplating entering into FATCA agreements with the U.S. Backlash against the law is growing, and Treasury is in a race against time to lock it into place before a repeal effort can gain steam.

FATCA is a grand global scheme to churn every financial institution on the planet into IRS agents with the absolute authority to seize and plunder the assets of every account holder. FATCA fits nicely with the implementation of global governance schemes where nobody will be safe the plunderers.

The economy is not recovering as it should. Unemployment remains high and post-recession growth has been tepid at best. As Americans look to their elected officials for solutions, lawmakers are spurning pro-growth policies and seeking instead to squeeze more revenue from an already beleaguered private sector.

To be blunt, Washington, D.C. is fixated on diverting as much money out of the economy as possible in order to fund ever more bloated government. An especially egregious example of this misguided approach is the Foreign Account Tax Compliance Act, or FATCA, which, in pursuit of what even government estimates acknowledge to be a paltry increase in tax revenue, threatens to drive billions in foreign investment from the U.S.

FATCA was included as a provision of the 2010 HIRE Act, a government jobs bill that clearly didn’t deliver. It was inserted to help pay for the bill’s gimmick tax break provisions, but while the HIRE Act has come and gone without much notice, Americans are continuing to pay the economic price for the FATCA monstrosity.

The legislation was intended to crackdown on illegal tax evasion, but in reality places heavy burdens on law-abiding Americans living abroad, plus the foreign financial institutions (FFIs) and U.S. withholding agents that service them. The law essentially conscripts FFIs as deputy tax collectors for the IRS, forcing them to report the assets of and any income earned by American clients regardless of where it originated.

Every institution deemed by the U.S. to be an FFI is expected to undertake the costly process of determining who among their clients are American citizens for U.S. tax purposes, and then enter into an information sharing agreement directly with the IRS. Compliance costs for each and every FFI could reach upwards of $100 million, with the looming threat of a 30% withholding tax on U.S. source payments in the case of non-compliance. One estimate by the European Banking Federation and the Institute of International Bankers places the total cost for just the top 30 foreign banks at $7.5 billion. Another predictable consequence of the law is that many institutions choose to avoid the costs of compliance by refusing to service Americans. Major banks like HSBC, Deutsche Bank, Credit Suisse and Commerzbank are dropping their U.S. clients. This not only causes a huge inconvenience for Americans living and working overseas who can’t even find an institution where they can deposit their paychecks, but because these banks are also avoiding the penalties for non-compliance by disinvesting in U.S. assets, it is a hit to the economy as well.

Still another predictable result of the law is that the FFIs and their clients will pull capital from the U.S. even if they have to invest in smaller and less lucrative markets. This is because FFIs and/or their clients want to avoid increased compliance costs. Even more important, they can’t take the risk that withholding might occur for whatever reason – since withholding is not only on periodical payments but also gross proceeds.

Thanks to low domestic savings rates and profligate government spending, the U.S. economy is reliant on continuous influxes of foreign investment to provide the capital necessary for growth. Yet no doubt thanks in part to FATCA, foreign direct investment in the US for the first half of 2012 declined by 39.2% over the prior year, and China surpassed the US as the world’s largest recipient of global foreign direct investment for the first time since 2003. At a time when Washington should be pursuing policies designed to attract foreign investment capital to American shores, politicians seem intent on driving it away.

The FATCA law is emblematic of Washington’s inability to face budget reality. Rather than do the hard work of getting America’s fiscal house in order, politicians convince themselves that if they can only catch a few more tax cheats, then they won’t have to reduce or even slow runaway spending. This is a fantasy for two reasons.

First, the U.S. already has one of the highest tax compliance rates in the industrialized world. Compliance rates aren’t determined primarily by how onerous the enforcement regime, but instead by the complexity of the tax code itself and the size of its burden on individuals and the economy. Unsurprisingly, convoluted tax rules combined with extortionate rates tend to encourage non-compliance.

And while the U.S. tax code is hardly a model, it’s generally less bad than other industrialized nations. Second, even government estimates predict FATCA will bring in meaningless sums of revenue. The Joint Committee on Taxation estimates FATCA will raise less than one billion annually, which means that even after ten years the total new revenues – should they materialize – won’t even pay for a single day of government operations at today’s spending levels.

As lawmaker fantasy runs aground on the rough shores of reality, the Treasury Department is stuck trying to implement a bad law full of dangerous ambiguity. So poorly conceived was the legislation that Treasury has repeatedly delayed its full implementation. Moreover, realizing that the legislation is largely unenforceable as written, they’ve begun negotiating directly with governments in hopes that they’ll preemptively sign away their fiscal sovereignty in exchange for promises of reciprocity. But Treasury has no authority to make these promises.

Without authorization from Congress, Treasury has embarked in setting a new course for international tax policy and relations. They are selling promises to deliver for foreign governments the same information FATCA demands from foreign institutions – meaning Treasury wants American banks to comply one day with the same onerous rules that Congress placed on FFIs, only instead of monitoring and reporting on citizens from one country our institutions would have to do so for all. This means imposing many billions in compliance burdens on domestic institutions, in hopes that the IRS may extort less than one billion in new annual revenue from the rest of the world. As bad a job as Congress has done in initially crafting the legislation, Treasury’s unrelenting effort to hammer a square legislative peg down the round hole of reality has only made a bad situation worse.

Today the Treasury Department is negotiating with more than 50 countries in an effort to implement FATCA. It’s entirely understandable that FFIs are encouraging their home governments to shoulder the burden of negotiating with Treasury. After all, the law in many cases arrogantly requires them to violate domestic human rights laws regarding privacy, placing FFIs between a legal rock and a fiscal hard place. But governments are doing themselves and their financial industries a disservice by contemplating entering into FATCA agreements with the U.S. Backlash against the law is growing, and Treasury is in a race against time to lock it into place before a repeal effort can gain steam.

As Treasury continues to set new policy behind the backs of Congress, and further drag domestic banks into the FATCA crosshairs, opposition to the law will hopefully grow. But it is necessary for financial institutions, both foreign and domestic, to stand up against the law, and for Congress to step in, rein in the Treasury Department, and undo a mess that they are ultimately responsible for creating.

The worse thing industry can do is meekly accept FATCA’s dictates as so many consultants and compliance industry experts are advising. They are interested in feathering their nests, as one compliance company’s representative revealed when stating that, “Everyone’s trying to make money on FATCA.” FFI’s and their governments should ignore self-serving advice and instead resist this arrogant U.S. foray into fiscal imperialism by demanding respect for their sovereign rights. U.S. lawmakers in turn should immediately repeal FATCA and replace it with a pro-growth agenda to simplify the tax code and lower rates. In so doing they can achieve the original FATCA goals of increasing both tax compliance and revenues, but in this way will do so by growing the economy instead of smothering it.

Andrew F. Quinlan is co-founder and president of the Center for Freedom and Prosperity (www.freedomandprosperity.org and @cfandp).

That a job destroying bill was attached to a jobs creation bill, the 2010 HIRE Act, renders the legislation a farce and exposes the true intent of the bill - coerce foreign financial institutions into becoming IRS agents.  The American Thinker called FATCA:  A Ticking Time Bomb for the Economy.

Buried in an ostensible jobs bill signed by President Obama last year is a little-noticed job-destroying government regulation that threatens to trigger a massive outflow of capital from the American economy.

FATCA was passed by a Democrat controlled Congress in 2010 (HR 2847).  The House vote is here and the Senate vote is here.

It's an appalling and despicable act of treachery that the job destroying HR 2847 was named the Hiring Incentives to Restore Employment Act.
Posted by Judy Morris at 10:11 AM