Who is Responsible for the $16.6 Trillion Mountain of Federal Debt? Most fiscally conservative president since 1980 was Clinton! 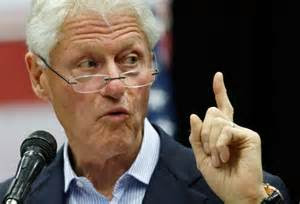 The right wing Republican blogosphere and its websites are exploding this week with juicy headlines like:

WOW!  Obama and the Dems are evil doer big spenders.  Forget that all spending bills must originate in the Republican controlled House of Representatives.  Right now, the National Debt Clock discloses federal debt in the amount of $16.6 trillion.

Let's get to the truth of the matter and learn the source of all that debt.  When Reagan was elected in 1980, the national debt had not yet crossed the trillion dollar threshold.  But under Reagan, it didn't take long for the debt to start piling up in a big way. Bush 41 massively ratcheted up Reagan era spending.  Additions to the national debt since 1980.

Who was America's most fiscally conservative president since 1980?  Bill Clinton!  Bill Clinton spent less in two terms than Bush 41 spent in one term.

Even more astounding is that two presidents named Bush are in fact responsible for a whopping $7.8 trillion of debt or 47%.  Bush 41 and Bush 43 are indeed directly responsible for nearly half of the mountain of federal debt.

With Jeb Bush unofficially declaring himself a candidate for 2016, one thing is clear.  America cannot afford another Bush as president.

Bad as Bush 41 and Bush 43 were as big spending lovers of debt, Jeb definitely holds the potential to make them look like fiscal conservatives.  Very recently Jeb Bush publicly stated that his model of governance is LBJ and his Great Society, and he further stated that he supports raising taxes.

JEB BUSH: I WOULD GOVERN LIKE LYNDON JOHNSON AS PRESIDENT Breitbart

Former Florida Governor Jeb Bush said he would strive to be like Lyndon Johnson, the Democrat famous for expanding the U.S. welfare state through the "Great Society," if he were elected president.

But the Republican Party isn't just a total disaster at the presidential level.  At the congressional level it's just as bad and possibly worse.

The Tea Party Republicans Spent More Than the Dems They Replaced.

Can you hear the screeching roars of the Tea Party Republicans accusing the Dems of being socialists, commies, fascists, Marxists, big spenders and a whole lot worse?

Well, as it turns out, the Republicans and the Tea Party crop of Republican Congress Critters that sailed into the District of Crime in January, 2011 to clean up the Democrat fiscal mess turned out to be bigger deficit spending hawks than the Democrats they replaced.

Meanwhile, every fiscal conservative should implant in their brain the stone cold reality that the Republicans are responsible for 57% of the federal debt mountain and that 2 Republican presidents named Bush are directly responsible for 47% of the big pile of debt.  No Democrat comes close to those monumental achievements.
Posted by Judy Morris at 9:25 AM