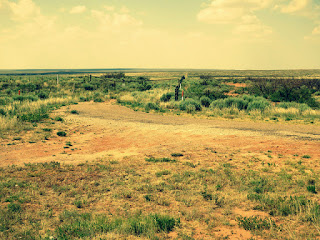 Anybody who is on social media accepts that it's a freaking lunatic asylum.  Regarding immigration and the the border, we've got lunatic extremists on both sides.  The lunatic left demands a borderless nation and they insist that America should welcome all 7 billion plus folks on the planet and put them on welfare (the social justice socialist warriors).  On the right, its lunatic fringe is advocating for the immediate deportation of all illegal immigrants and even the execution of illegal immigrants (yes really, I've heard it) as well as lining the 2,000 mile border with armed citizens to shoot anybody who attempts to cross the border.  That's totally scary stuff and so un-American!

The border is freaking 2,000 miles long and it's just not feasible to wall it off because it would be prohibitively expensive and a failure.  Folks would either breach it or find another way in. Most of the folks offering border solutions have never even visited the border or even know much about the border states and what happens there.  They are just angry folks who have embraced extremism with little to no understanding of our border states.

I lived in the Phoenix area for 10 years and the Austin, TX area for 10 years.  Believe me, the folks in AZ and TX know and understand a lot about the border and its neighbors to the south. For starters, most of the border is ugly and desolate; it resembles a parched and arid  moonscape. It's not very hospitable and tumbleweed rules.

However, the border has a lot of vibrant cities.  Take Nogales, AZ.  It's a city that is literally split in 2 - with half being in Mexico and half being in the AZ.  The international border in Nogales is a very busy place with a ton of folks crossing both ways to work or visit or do business on a daily basis.  It's always been that way.  When I lived in the Phoenix area, my snowbird friends would visit in the winter and they all wanted to go to Mexico. I spent a lot of time in the Mexican side of Nogales - great folks, great food, great shopping and always great fun.

In Arizona you can buy a ton of pottery, arts and crafts from Mexico.  Mexicans fill up AZ shops with their creations.  It's a common thing, an appreciation and respect on both sides for folks who produce, create and trade.

TX also has friendly relations with its southern neighbors.  There are lots of ranches and farms on both sides of the Rio Grand River, water is scarce and Rio Grande water supports significant cattle ranching and agriculture operations on both sides. YOU CAN'T WALL OFF THE RIVER without harming the livelihoods of folks who live there.

TX also has some big border cities like El Paso and Laredo which are working and trading hubs with frequent border crossings.  TX and its Hispanic citizens and neighbors have a very long history of very peaceful and productive relations.

What has changed and gone wrong?  Why is immigration such a hot potato issue?  The answer is simple: socialism and uncontrolled immigration to appease the cheap labor lobby.

CA was once a beautiful red state with a strong and prospering middle class.  However, its huge agriculture industry had an insatiable appetite for cheap labor so it massively imported low skilled farm labor.  CA Democrats jumped on an opportunity: make them voting citizens, give them entitlements and the Democratic Party will grow.  It sure did and now CA is a big blue state ruled by socialists and crazies.  It's got the highest poverty rates in America and its once beautiful cities like San Francisco are now the face of shit flowing in the streets, oppressive poverty and miles of impoverished tent cities. 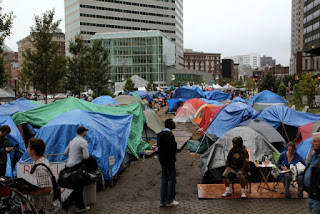 Lesson here:  if you import the third world you become the third world. If you offer the third worlders welfare, you don't get the best, the brightest or the hardest working.  You get an army of folks looking for handouts.  I'm in no way implying that all immigrants are bad or that immigration is a bad thing.  America has enormously benefited from rational immigration.  Under sane immigration policies, the immigrants excelled and so did America.  However, the immigrants who built America didn't arrive with demands for food stamps, Medicaid and other freebies.  They arrived with nothing, got nothing and worked their asses off for a better life for themselves and their families.  This was the real American dream and it worked for everybody, immigrants and citizens.

Illegal immigration is costing American taxpayers over $100 billion a year, here.  It's a nightmare that is compounded by the crimes of illegals and the horrors of savage gangs like MS13.

So what can we do to solve the immigration problem?  We can do lot and we need to get back to sane immigration policies that we once had.  Forget about building walls, this is what we need to do:

1. End birthright citizenship - nowhere in the constitution does it say that if a woman gives birth on US soil that her child is automatically a US citizen.  Pregnant women are notorious for coming here just to deliver an anchor baby and at taxpayer expense. With that anchor baby comes family reunification programs.

3. End all welfare for legal and illegal immigrants. No immigrant should be allowed to come here and mooch off of American taxpayers.  Immigrants should be served with notice that the welfare pipeline will be ending and they can either leave or figure out how to otherwise survive in America.

4.  Deport criminals who are not dangerous.  However, I recognize that some in the prison system are too dangerous to ever be let loose and should stay in prison if they are murderers or too violent to ever be free.  Yeah, American taxpayers are stuck with them because if deported, they would likely be set free.

5.  We need to consider making it mandatory for employers to use the E-Verify system that is very effective in affirming if a job applicant is a US citizen or a legal immigrant. Employers love cheap labor and they don't care if their employees are illegal.  They also enjoy welfare dependent employees because it shifts the financial cost of hiring to the taxpayers.  This is wrong, very wrong.

6. End the War on Drugs which is a huge magnet for drug cartels and gangs and all kinds of other problems, here and here.  American taxpayers have shelled out over $1 TRILLION bucks on the war on drugs, it's been a big fail and we lost the war decades ago.

If we do all the the above, America and the world will be a better place and so will the immigrants who come here because they will respect our laws, embrace our culture and work hard.  These are the immigrants we want and need.

Using the immigration issue to grow socialism, grow the Democratic Party and grow corporate welfare is wrong and bad for everybody.  America's entitlement system is a magnet to destroy America and all that made us a great nation with a prospering middle class, a middle class that is rapidly shrinking.  As for illegal immigrants who are here that are productively working and obeying our laws, I have no desire to deport them.  Give them green cards and allow them to flourish.

However, I'm in no way implying that unlimited immigration is desirable; indeed we need to set limits.  One of the great things about America is that it's a low density country with lots of open space.  Let me put this into perspective.  India is 1/3 the size of the US yet has 4 times the population (1.32 billion folks in India vs. 323 million in America). China is roughly the same size as the US but has 1.4 billion people and most live in poverty. 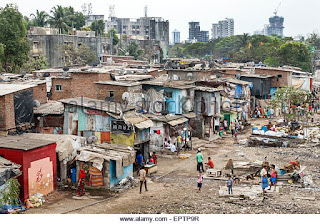 Yes, we need to make decisions to MAGA and we need to do it without hating immigrants and with full knowledge of the issues that cause our immigration problems - BAD IMMIGRATION POLICIES and the welfare state.  Fix the damn problem and welcome good immigrants.