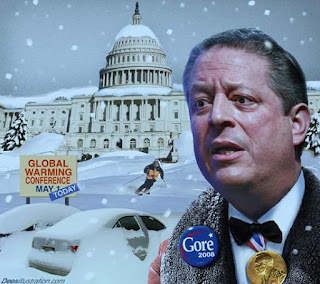 In 2001, John Stossel wrote a fascinating piece titled Confessions of a Welfare Queen, How rich bastards like me rip off the taxpayers for millions of dollars. Stossel wrote:


If the ocean took my house, Uncle Sam would pay to replace it under the National Flood Insurance Program. Since private insurers weren’t dumb enough to sell cheap insurance to people who built on the edges of oceans or rivers, Congress decided the government should step in and do it. So if the ocean ate what I built, I could rebuild and rebuild again and again -- there was no limit to the number of claims on the same property in the same location -- up to a maximum of $250,000 per house per flood. And you taxpayers would pay for it.

I did have to pay insurance premiums, but they were dirt cheap -- mine never exceeded a few hundred dollars a year.

Why does Uncle Sam offer me cheap insurance? "It saves federal dollars," replied James Lee Witt, head of the Federal Emergency Management Agency (FEMA), when I did a 20/20 report on this boondoggle. "If this insurance wasn’t here," he said, "then people would be building in those areas anyway. Then it would cost the American taxpayers more [in relief funds] if a disaster hit."

That’s government logic: Since we always mindlessly use taxpayer money to bail out every idiot who takes an expensive risk, let’s get some money up front by selling them insurance first.

The insurance, of course, has encouraged more people to build on the edges of rivers and oceans. The National Flood Insurance Program is currently the biggest property insurance writer in the United States, putting taxpayers on the hook for more than $640 billion in property. Subsidized insurance goes to movie stars in Malibu, to rich people in Kennebunkport (where the Bush family has its vacation compound), to rich people in Hyannis (where the Kennedy family has its), and to all sorts of people like me who ought to be paying our own way.

But John Stossel isn't the only welfare queen in America. From Napoleon Hills 'Think and Grow Rich' to Al Gore's 'Steal from the Taxpayers and Grow Rich", Al Gore has mastered the art and science of sucking off the taxpayers nipple, along with many other rich folks who feed at the pubic trough.

The Telegraph wrote a most interesting piece on Al Gore.

The deal appeared to pay off in a big way last week, when the Energy Department announced $3.4 billion in smart grid grants, the New York Times reports. Of the total, more than $560 million went to utilities with which Silver Spring has contracts....

Mr. Gore is poised to become the world's first "carbon billionaire," profiteering from government policies he supports that would direct billions of dollars to the business ventures he has invested in.

Al Gore is a partner in the venture capital firm Kleiner Perkins Caufield & Byers that also happens to be a major investor in Fisker Automotive. Fisker received $529 million in federal money and loan guarantees to build a sports car for the wealthy.  Subsidizing sports cars for the wealthy is obscenely immoral as well as a slap in the face to taxpayers.


Fisker Automotive is the brainchild of Henrik Fisker, a 48-year-old Danish auto designer who first made his mark working at BMW's advanced design studio in Munich...

Like many ambitious auto executives before him -- John DeLorean comes to mind -- Fisker's real dream was to build his own car...

He also produced the initial design for the Tesla Model S, the scaled-down version of the $109,000 Tesla Roadster that is supposed to reach auto showrooms this year. In 2008, Fisker unveiled his own luxury hybrid, the Karma, designed to compete with the Roadster at $104,000. Although still headquartered in southern California, Fisker elected to build the Karma in Finland at a plant that once produced the Porsche Boxster and Cayman....

Solyndra, remember, was a loan guarantee, where the federal government promises to indemnify private lenders if things go wrong. Fisker received a check directly from the U.S. Treasury. The first $193 million went to save the floundering Karma venture...

These clean energy scam companies that live off of government subsidies are entwined with each other as well as Wall Street.  According to MSNBC "Kleiner Perkins partner John Doerr announced he’s joining the advisory board of Generation Investment Management, the $1 billion investment firm that Gore founded with David Blood, who previously managed $325 billion in assets out of Goldman Sachs’ London office."

How much money has welfare queen Al Gore made off the taxpayers nipple?  I don't know but he must be doing quite well to afford a $9 beachfront getaway mansion in Montecito, CA, a mansion that may have been paid for by American taxpayers.