The Democrats Panic as the Republican and Democrat Blame Game Intensifies 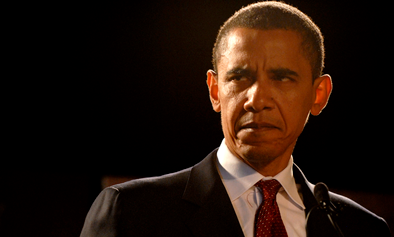 Oddly, President Obama and the Democrats rode the victory horse all the way to 1600 Pennsylvania Avenue in 2008 on a campaign promise that promised change.  The change never came.   America, yet again, got the ‘same old, same old’ failed policies of endless wars, endless deficits, endless assaults on civil liberties, endless bankster bailouts and endless crony capitalism.

The Democrats are in full blown panic mode because every politician understands that when it comes right down to it, voters will always vote the economy.  It's how Obama defeated McCain and it's how Bill Clinton defeated Bush with his now infamous quip "it's the economy stupid".  Indeed, the stupid economy is weighing very heavily on Obama and Gang because he's the incumbent.  Romney doesn't have to do anything except campaign on "you failed, your're fired".

Meanwhile the economy continues to nosedive into a black hole of doom and gloom for the poor and middle class. The brain dead voters on all sides of the political spectrum consistently fail to realize that the wars have bankrupted the nation as America literally morphs into a creature so horrifying it now resembles a Nazified Police State. Hitler has been resurrected in America.

Of course, it’s a well know fact that the RNC and DNC machines are wholly owned subsidiaries of the banksters, military industrial complex and crony capitalist special interests. There is so much dirty money sloshing around in the R and D washing machines that ordinary American voters barely even notice that they are the ones destined to be wrung dry in the world’s most prolific special interest money laundering operation.

Throughout the fiasco of the Republican primary, the Democrats were gleeful and amused as Republicans, except for Ron Paul and Jon Huntsman, whipped themselves into a frenzy to out-neocon each other. As the incendiary vitriol intensified, Americans were in a state of shock by what they witnessed. Ron Paul got booed for invoking the Golden Rule, the maniacal psychopathic Gingrich got a standing ovation in SC when he shouted “kill them” and Rick Perry was cheered when he boasted of his Texas execution record.

But alas, Americans have short memories and Democrats are now suffering the hangover of a stone cold reality check as the economy continues its downward spiral. Their euphoric glee is now transitioning into absolute hilarity as the biggest media Obama loving endorsers of war, death, totalitarian slavery, economic misery and the wholesale crushing of civil liberties are now in full blown panic mode.


The bleak jobs report on Friday predictably had heads snapping toward the White House, looking to President Obamato do something. Yet his proposed remedies only underscore how much the president, just five months before he faces voters, is at the mercy of actors in Europe, China and Congress whose political interests often conflict with his own.

Europe, China and Congress didn’t create the disaster but Republican and Democrat Congress Critters most assuredly facilitated the wars and the outsourcing of US manufacturing that commenced in the 1970’s. The debate has now blossomed into a full fledged blame game.

Then Maureen Dowd, a fixture at the NYT who feverishly bashed Hilary Clinton in 2008 while deifying Obama, is apparently mired in some form of elitist remorse in a piece titled Dreaming of a Superhero.

The president who started off with such dazzle now seems incapable of stimulating either the economy or the voters. His campaign is offering Obama 2012 car magnets for a donation of $10; cat collars reading “I Meow for Michelle” for $12; an Obama grill spatula for $40, and discounted hoodies and T-shirts. How the mighty have fallen….

The legendary speaker who drew campaign crowds in the tens of thousands and inspired a dispirited nation ended up nonchalantly delegating to a pork-happy Congress, disdaining the bully pulpit, neglecting to do any L.B.J.-style grunt work with Congress and the American public, and ceding control of his narrative.

Dowd, in some convoluted way, is practically insinuating that Obama is just too much of a principled nice guy who is failing because, well, he's just a nice guy who is too darn nice to be a tough guy.

While deep delusion is a chronic affliction of Republicans and Democrats and their media partners in crime, the American people continue to suffer the scourges of abject economic misery while the self anointed media elites swim in a toxic quagmire of “it’s the other party’s fault”. Blaming won’t solve the problem. Restoring peace, liberty and prosperity by ending the damn wars, bankster bailouts and crony capitalism is the medicine that America desperately needs.

So now it’s my turn to opine. I’m opining that a good doctor named Ron Paul offered the medicine that provided the real solutions to real problem. Ron Paul’s problem was never that he couldn’t win a general election but that he couldn’t get past the Republican primary voting base.

Weirdly, the Republicans weren’t always parasitic warmongers of totalitarian repression. That dubious honor unequivocally goes to the Democrats. Who got us in WW I, WW II, the Korean War, Vietnam and the Balkan Wars? All liberal progressive Democrats, namely, Wilson, Roosevelt, Truman, Johnson and Clinton.

America may be a nation that has gone stark raving mad, but one thing is certain.  I won't be voting for Obama or Romney because a vote for either of them is a vote for the banksters, the military industrial complex, the prison industrial complex and the corporatist fascist plutocracy.