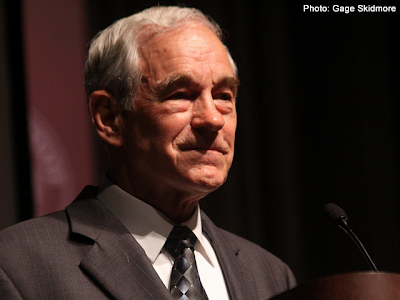 As the primary campaign season winds down, I can't help but marvel at the progress the liberty activists have made since 2008 when the Revolution for peace, liberty and prosperity officially kicked off.  Yes, it's been disappointing that most Republicans have outright rejected the Constitution, limited government and a non-interventionist foreign policy but hope for liberty has sprung from America's youth who are the driving force behind the liberty movement.

With astounding arrogance or stupidity, Americans routinely go to the polls and vote for more government, more oppression, more bankster heists, more transfers of wealth from the poor and middle class to the wealthy, more bankrupting wars and a more repressive Police State USA.  Voters traditionally find their poison in the Republican and Democrat parties who they trust to deliver all the misery any citizen could possibly endure.

But a new class of Americans is finally rising that rejects the tyranny of the Republican and Democrat duopoly of one.  They are mostly young but also include folks of all age groups and political strips.  The strength of the liberty movement lies in the fact that these folks are indeed knowledgeable about the abuse of government power and increasingly they reject the Republican and Democrat parties; it's a righteous and moral decision based on the treachery of both parties.  Independent voters, estimated at about 35-40%, are becoming a formidable force in America and their power lies in the fact that they don't trust either the Republicans or the Democrats.

Most Americans should be hanging their heads in shame and infamy for their total and utter capitulation to tyranny and the outright repudiation of the principles of liberty that once rendered America the greatest free nation in all of human history.  Moreover, Americans have shown their utter contempt for their progeny by consistently voting year after year and election after election for tyranny delivering candidates who are nothing more than wholly owned subsidiaries of the banksters, military industrial complex, prison industrial complex and fascist crony capitalist pigs.

But alas, hope is on the way!  America has experienced an awakening, an awareness and an activist determination that screams "we are not going to take it any more".  Can they also birth a renaissance?  I believe they can.  The plundering elites who lord over us are alarmed but not yet much concerned that their totalitarian powers are threatened in any way.  After all, most folks will dutifully vote for Obama or Romney (Obamney) and their vast powers will once again be legitimized by the very elections that they control.

But their control is weakening, largely because folks are indeed becoming aware of their massive crimes.  Moreover, political activists are learning that they do indeed have power.  This was clearly evident as the Ron Paul supporters took over entire GOP party machines in several states, including Maine, Minnesota and Iowa, and made substantial inroads into the GOP political machines in other states.  This was accomplished by playing by the GOP/RNC's own rules.

What is unusual this primary season is the treachery with which the RNC/GOP machines and its establishment elite GOP power players disenfranchised the liberty activists who indeed played by the rules.  This will have a lasting and permanent effect on the GOP whose members are already gray, white, old and dying, and will absolutely affect the long term viability of the party.

Bad as things are in America, the most positive force currently leading the discourse is finally exposing the phony baloney left-right paradigm.  Both Republicans and Democrats, especially among its disillusioned younger voters, are recognizing that there isn't a spit of difference between the R's and the D's.

When party loyalty flies out the window, hope will once again spring eternal.  The corporate owned and fascist Republican and Democrat parties need to just die because they represent an unspeakable evil that has consumed America like a voracious vulture.
Posted by Judy Morris at 11:52 AM