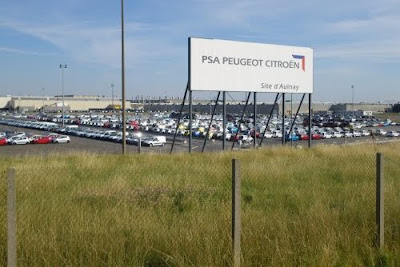 The folks I know drive Japanese cars, German cars, Korean cars and even American cars (as well as other vehicles) but I've never known anybody who drove a Peugeot. Apparently, Peugeot is in big trouble.

As the market expected, French automobile manufacturer Peugeot-Citroen announced on Thursday morning they were cutting 8,000 posts in France.

While this could be just another story about failed French state subsidized socialism, it's a whole lot more intriguing because once GM was larded up with gobs of US taxpayer cash, it went on a shopping spree and invested in Peugeot.  Hot Air had great fun reporting the story.

Americans sunk tens of billions of dollars into General Motors in 2008 and 2009, money which they won’t see any time soon, if at all. The Obama administration strongarmed senior creditors in an unprecedented politically-engineered bankruptcy to get taxpayers to eat the costs of old pension obligations and boost the UAW. All of this was done in the name of making GM a stronger company so that they could eventually pay back the bailout and make better decisions in the future.

So how did that work out? About as well as you’d imagine. As soon as GM had some cash, it decided to invest it — in another car company whose bonds had achieved le junk status:

Attention U.S. taxpayers: You now own a piece of a French car company that is drowning in red ink.

That’s right. In a move little noticed outside of the business pages, General Motors last week bought more than $400 million in shares of PSA Peugeot Citroen – a 7 percent stake in the company. …

Peugeot can undoubtedly use the cash. Last year, Peugeot’s auto making division lost $123 million. And on March 1 – just a day after the deal with GM was announced – Moody’s downgraded Peugeot’s credit rating to junk status with a negative outlook, citing “severe deterioration” of its finances.

Oh, goody! Just what we US taxpayers need — another car company “drowning in red ink.” But there is some sort of secret synergy that the taxpayers who currently float GM must be missing … right? Right?....


Oh well, it's only hard earned American taxpayer cash bailing a defunct French automaker and the American way of showing solidarity with a hearty VIVE LA FRANCE! For Obama and the bailout Dems, it's always about liberté, égalité, fraternité.
Posted by Judy Morris at 10:16 AM