Is America a Nation of Bloodthirsty Warmongering Savages? For Americans, the Wars are Just Another TV Reality Show 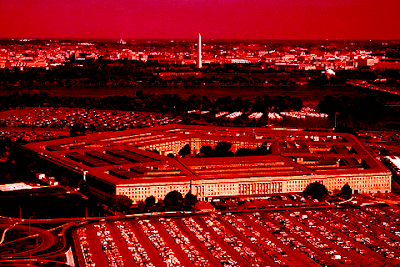 Ever since I can remember America has been at war with somebody and Americans have literally worshiped the military industrial complex and celebrated its murders. It's as if a vile cult of death lords over America. While the disease of military worship is most overtly conspicuous among establishment Republicans and the Warvangelicals who kill in the name of a deity, the Democrats who opposed Bush/Cheney wars were suddenly quiet when Obama was doing the killing and escalating the wars.

For most Americans, the wars are just a reality show and entertainment!  Americans in general appear to be stuck here:

America is on a downward spiral, our economy is in shambles, the American middle class is evaporating and we have a $15 trillion mountain of unsustainable debt. The debt is nothing more than a future tax.

There are two aspects of the American Empire - the financial and the human and moral cost of our death machine.

Americans and taxable entities are currently paying about $2.2 trillion a year in federal taxes. It's been recently reported that 56 cents out of every tax dollar collected goes to the military and the wars, here.


Last year we taxpayers were charged 56 cents of every dollar we sent to Uncle Sam for military spending.

Keeping one American service member in Afghanistan costs between $850,000 and $1.4 million a year, depending on who you ask. But one matter is clear, that cost is going up.

Yes my fellow Americans, the wars hungrily consumed our prosperity and left us with:

Heck, last I checked America had not been invaded by a foreign nation since the War of 1812 and we instigated that invasion of the British Army by attempting to invade and occupy Canada.

Ron Paul's statement is overly optimistic. We aren't going broke, we ARE broke. Yet, Americans refuse to believe that America is badly broken and horribly bankrupt. The 900 military bases flung around the planet are also part of the American TV reality show.

Empire worship is not only deadly and dangerous, it comes with a huge cost. The Empire is costing us our liberty and our prosperity. We may kill for defense contractor profits but at the end of the day, the joke is on us. Meanwhile, Americans pay scant attention to the folks we kill to facilitate the bread and circuses for the psychotic sheeple people.

US foreign policy is directly responsible for killing 105-120,000,000 folks since WW I.  During the Vietnam era, Americans were aware of the civilian death tolls but they just shrugged their shoulders and said 'so what, they are only gooks'.  Indeed.  John McCain said the same thing.

At some point, Americans need to acquire a conscious.  How much human blood  must be dripping from American hands to satiate their love and lust for war, murder and death?

The bloody horrors that Americans cheered for so long will ultimately visit them as America itself morphs into a militarized Nazified police state.

America’s foreign policy never delves into the greater moral issue of “what if somebody did this to us” or even the vast human suffering caused by crippling sanctions, bombings, invasions, occupations etc. Has the face of America been reduced to “I love the smell of napalm in the morning?” Yes, but only if you vote Republican or Democrat.

When we think about our foreign policy, we naively embrace the notion that our wars are necessary for the preservation of our liberty. In fact, the opposite is true and our wars have always hacked away at our economic and political liberties because it concentrates power and disenfranchises “We the People” of our peace, liberty and prosperity.

Republican or Democrat, defense spending continues to accelerate and until the political will exists to just end obscene defense spending, the drooling beast of endless wars will continue unabated. Only the voters have the power to quell the insatiable appétit of the war monster.

There is no rationale whatsoever to justify the US military enveloping the planet like a deadly scourge. None of these nations pose any military or economic threat to the US. Many of our founders argued against even having a standing military and for good reasons.

But the deeper and more sinister aspects of human evil are always manifested in the concentration of unaccountable political power that delivers humanity to despair and misery. Tragically, the defining characteristic of human evil tends to gravitate toward the monetary – we kill simply because powerful people make a ton of money off of death, suffering and economic exploitation.

The challenge of the “bought and paid for” political class has always been to seek populist approval by marketing their evil schemes in the context of some perceived wrong that must be avenged. Accordingly, the government propaganda machine goes into high gear with lies, deceptions, false flag attacks and a whole menu of psychological manipulations to con “we the people” into believing that war and murder are good, just and patriotic.

But by far the worst manifestations of power transgress beyond the horrifying spectacle of the physical carnage of war because those same folks who deceptively internalized that war is noble also become its ultimate victims. Sooner or later the flag waving stops when folks realize that they have been systematically shorn of their own liberty and prosperity. The film clips of euphorically happy flag waving Germans idolizing Hitler and his evil is a stark contrast to the starving, homeless and terrified Germans in bombed out and burned out cities after Nazism was defeated.

Worshiping the flag is most dangerous when folks fail to even realize what precisely the flag stands for.

For Americans, they will eventually come to the frightening realization that they put their faith and trust in a government that betrayed them as they are forced to accept that they have been nothing more than pawns on the financial chessboard of empire wherein the wealth and power of the nation has been viciously concentrated into the hands of the ruling few – Banksters, the military industrial complex and their power brokers who delivered unto the people unemployment, economic misery, fiat currency, wars and grim futures.

At this point, what does the flag stand for? Nothing but the tens of trillions poured down the scary black hole of dark nothingness and militarism gone mad as the people finally wake up and ponder the failures of an evil debt ridden empire that bankrupted a once great, glorious, free and prosperous nation.
Posted by Judy Morris at 11:20 AM