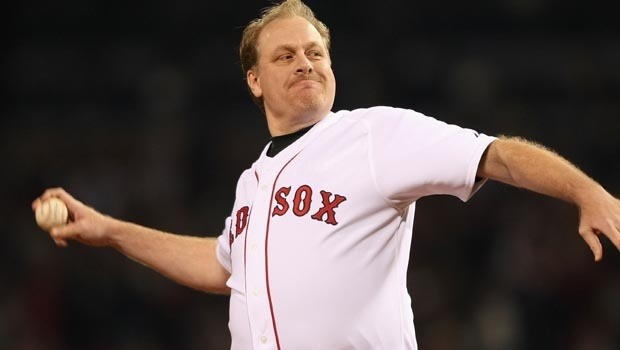 How does a wealthy and famous retired baseball player lose his entire fortune that included $115 million in baseball salary alone?

Former Major League pitcher Curt Schilling announced today that he will lose his entire $50 million baseball fortune on a failed video game company called 38 Studios that he founded after retiring. Schilling, a life long fan of video games, founded 38 Studios in 2006 with the hope that the company would someday compete with gaming powerhouses like Activision/Blizard, EA and Rockstar. Curt’s favorite game of all time was World of Warcraft, so 38 Studios was going to focus on creating similar MMORPGs (Massively multiplayer online role-playing games). Everything was going smoothly until 38 Studios accepted a $75 million loan from Rhode Island’s Economic Development Corp. In exchange for the loan, Schilling and 38 Studios agreed to move the entire company to Providence and create 450 new local jobs by 2012. Unfortunately the economic downturn combined with poor sales caused the company to default on a $1.1 million payment that was due May 1st, 2012. Later that month, 38 Studios was forced to layoff its entire staff of 400 after missing two payrolls.

The financial downfall of Curt Shilling has for obvious reasons resulted in significant media attention and the fact that a $75 million loan guarantee from the state of Rhode Island stiffed the taxpayers. From the Kalamazoo Post:

Hall of Fame pitcher, small-government conservative mouthpiece, shill for Republican candidates, he of the bloody sock, none other than Curt Schilling asked Rhode Island taxpayers back a loan for $75 million...and you guessed it... He's defaulting.

"Apparently smaller government, in Schilling's world, applies to other people, maybe city kids stuck in underperforming schools or disabled adults looking for help back and forth to medical appointments."

Welfare for the rich. Again.

Over at OpenMarket.org, commentary focused on the stupidity of government subsidies and the fact that Rhode Island violated its own 'Gift Clause' laws (something that apparently occurs in all states when it comes to doling out taxpayer guarantees for the debts of the rich and famous).

Over at the Rhode Island Providence Journal, my colleague Jessica Miller and I express the need for Rhode Island (along with every other state) to enforce the constitutional provision called the Gift Clause. We explain Rhode Island’s latest public financing fiasco:

“Last month Schilling’s 38 Studio’s filed for bankruptcy and was forced to lay off its entire staff of over 400 without warning. Bankruptcy court documents indicate Schilling’s video game venture owes more than $150 million, mostly to the RIEDC, and smaller sums to over 1,000 different companies and individuals.”

The solution is to enforce the Gift Clause:

“The Rhode Island provision states that the “general assembly shall have no powers, without the express consent of the people, to incur state debts… nor shall it in any case, without such consent, pledge the faith of the state for the payment of the obligations of others.” Rhode Island is not alone; another 47 state constitutions contain similar provisions–that are often neglected or subverted.”

More troubling is how easily government officials could undermine the Gift Clause, mainly due to a lack of transparency..

Rhode Island is a state mired in financial stress and two of its cities, including the capital of Providence, are in fact bankrupt.

An adviser to financially-strapped Providence, R.I., has been fired for his candor about the likelihood of the city going into bankruptcy.

Robert G. Flanders Jr. has been told by Mayor Angel Taveras, a Democrat, that his services and those of his law firm, Hinckley, Allen and Synder, are no longer needed.

"I don't see how they can get out of it without going” into bankruptcy, Flanders told Bloomberg News in March.

Flanders is a former state Supreme Court justice who in August put the small Rhode Island town of Central Falls under court protection.

The city was projected to run a deficit of $110m this year. Despite shedding jobs, cutting pay, trimming benefits, curbing services and expanding the tax base (on top of an 11% tax rise last year), Providence still faced a shortfall of $21m or so. There was no way to set its finances to rights without tackling the city’s huge pension costs.

Thus this week’s ordinance, in which the city suspended the cost-of-living adjustments (COLAs) by which pensions are increased each year. Some pensioners’ payments were rising by a compounded 6% a year, bringing a fire chief who had earned $63,510 the year before he retired in 1991 to $196,813 now.

Because Rhode Island is broke and continues to raise taxes while driving away business, it's got one of the highest unemployment rates in the country at over 11%.

Such a state has no business further taxing its already overtaxed and suffering citizens to fund venture capital schemes for celebrities. Shilling was an outstanding ballplayer and while he did enjoy video games, this in no way equates to the ability of a successful ballplayer to be equally successful in the video game business.
Posted by Judy Morris at 9:14 PM