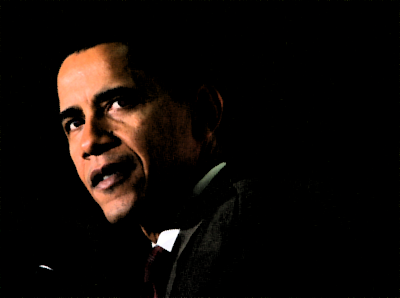 I'm certainly no fan of Romney but Obama and the Dems taking cheap shots at Romney, Bain Capital and his wealth is outrageously disingenuous. Romney may be a rich elitist bankster and defense contractor owned statist but so is Obama in every sense of the word and despite Obama's efforts to market himself as the man of the people, Obama is a total fraud. Let's examine some facts.


I find it strange that the Obama campaign would be making so much of Romney’s income from foreign sources when Obama’s foreign source income appears to be a much bigger percentage of his income over the last few years. Of course, one can’t tell for sure because Mitt Romney has not released his 2009 tax return.

The salary that we taxpayers pay him as President (just under $1.2 million over the 3 years) accounted for less than 13% of the Obamas’ income, a share dwarfed by their 30% from foreign sources over the same period.

From 2009 through 2011, the Obamas paid $87,429 in foreign taxes, which they applied toward a credit to reduce their U.S. tax bill. The amounts I examined are reported on Form 1116, of which there are two filed along with their 1040 when they had both general and passive foreign income.

Obama may relentlessly and publicly bash the Bush tax cuts but he certainly availed himself of them. Obama's own secretary paid a higher tax rate than the Obama and on a whole lot less income.

Obama and the Dems going after Romney's wealth as a self made man is nothing more than a sleazy attempt to vilify entrepreneurship. In fact, many Dems are very wealthy and there are more wealthy Dems in Congress than wealthy Republicans. But it's always the Dems who make wealth an issue. Interestingly, the Dems seem to be trust fund babies who inherit their wealth while the Republicans tend to earn their wealth.

Yes America, there is a wealth gap. Seven of the top ten wealthiest members in Congress are Democrats.

The results are based on a new study released today by the non-partisan Center for Responsive Politics. The Center did an analysis of the financial statements filed by members of Congress for 2010 income and net worth.

And, the wealthy Democrats tend to inherit their money. Republicans tend to earn it.

Senators John Kerry (D-MA), Jay Rockefeller (D-WV) and House Minority Leader Nancy Pelosi (D-CA) all came by their fortunes through marriage or inheritance. Senator Kerry, who was born into wealth, has listed his net worth as high as $281 million, while his wife Teresa is estimated to be worth $1 billion. Ms. Heinz did not earn her wealth either. She inherited the money from her husband Senator John Heinz, who died in an airplane crash.

Senator Rockefeller, representing dirt poor West Virginia, inherited his fortune from his family. He is reported to be worth $136 million.

While the economy continued to tank in 2010, Rep. Pelosi reported her own wealth to grow by 62%. Pelosi’s husband, Paul, is a financier. They own a multi-million dollar vineyard and a number of million dollar homes. They have a net worth of $196 million.

One would have to be brain dead and hooked up on life support to believe the garbage spewing out of the mouths of the Dems. Of course, the Dems will never admit that many of their own are indeed welfare queens themselves.

While politics may be a contact sport and an exceedingly vicious game, at the end of the day there are darn few differences between the Republicans and Democrats, or as Jesse Ventura would say:


Finally, the RNC and DNC machines are indeed wholly owned subsidiaries of the same folks - the banksters, rent seeking fascist corporatists, military industrial complex and the prison industrial complex.
Posted by Judy Morris at 10:10 AM