In Pictures: The Inflation Tax is the Highest Tax Americans Pay

“Inflation is the one form of taxation that can be imposed without legislation.” Milton Friedman

While the dollar buys less and less, the  inflation tax pushes Americans into higher tax brackets. Just to maintain their standard of living with a massively devalued dollar accompanied by higher taxes, Americans resorted to debt. 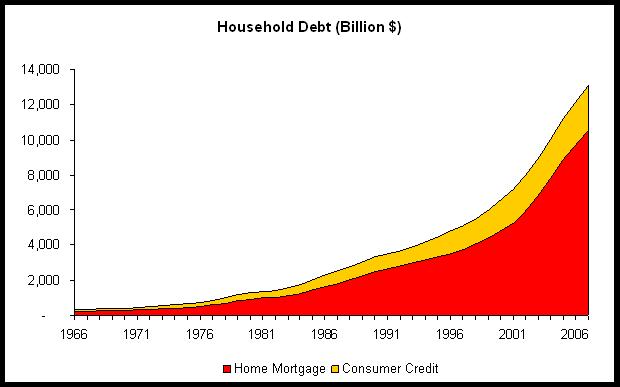 A nation where the government literally robs its citizens with taxes and inflation will not be a free and prosperous nation. Deficit spending is nothing more than a whopper of a future tax.

What is so amazing about the above graph is that the federal debt soared once Nixon de-tethered the dollar from gold in 1971. From 1971 on, the US dollar has been nothing more that a paper fiat currency that facilitated insane and unsustainable debt burdens at all levels - government, business and consumer.

If Americans are to ever rise again as a free, sovereign and prosperous people, sound money must be restored.  Central banks are the mother's milk of impoverishment and tyranny.
Posted by Judy Morris at 8:04 AM