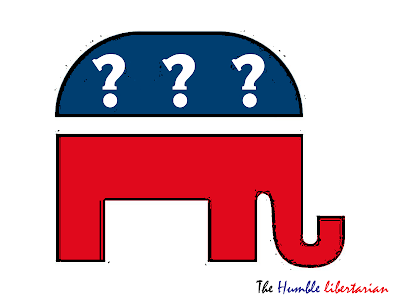 In the spring of 1981, conservative Republicans in the House of Representatives cried. They cried because, in the first flush of the Reagan Revolution that was supposed to bring drastic cuts in taxes and government spending, as well as a balanced budget, they were being asked by the White House and their own leadership to vote for an increase in the statutory limit on the federal public debt, which was then scraping the legal ceiling of $1 trillion. They cried because all of their lives they had voted against an increase in public debt, and now they were being asked, by their own party and their own movement, to violate their lifelong principles. The White House and its leadership assured them that this breach in principle would be their last: that it was necessary for one last increase in the debt limit to give President Reagan a chance to bring about a balanced budget and to begin to reduce the debt. Many of these Republicans tearfully announced that they were taking this fateful step because they deeply trusted their president, who would not let them down.

Famous last words. In a sense, the Reagan handlers were right: there were no more tears, no more complaints, because the principles themselves were quickly forgotten, swept into the dustbin of history. Deficits and the public debt have piled up mountainously since then, and few people care, least of all conservative Republicans. Every few years, the legal limit is raised automatically. By the end of the Reagan reign the federal debt was $2.6 trillion; now it is $3.5 trillion and rising rapidly. And this is the rosy side of the picture, because if you add in "off-budget" loan guarantees and contingencies, the grand total federal debt is $20 trillion.

Before the Reagan era, conservatives were clear about how they felt about deficits and the public debt: a balanced budget was good, and deficits and the public debt were bad, piled up by free-spending Keynesians and socialists, who absurdly proclaimed that there was nothing wrong or onerous about the public debt. In the famous words of the left-Keynesian apostle of "functional finance," Professor Abba Lernr, there is nothing wrong with the public debt because "we owe it to ourselves." In those days, at least, conservatives were astute enough to realize that it made an enormous amount of difference whether – slicing through the obfuscatory collective nouns – one is a member of the "we" (the burdened taxpayer) or of the "ourselves" (those living off the proceeds of taxation).


It's a good thing Murray Rothbard, may he RIP, isn't around to bear witness to the $15 trillion and climbing pile of debt we now have.  Although both the Republicans and the Democrats are responsible for big spending and big tax increases, the Reagan presidency stood out for its role in supporting 5 massive tax hikes. The tax increases are instructive on many levels, especially in how taxes are raised to fund the insane wars (welfare for defense contractors).

The largest tax increases were imposed by Truman (Revenue Act of 1950, Revenue Act 1951 and Excess Profits Tax of 1950) to fund the Korean War. Johnson's two taxes, the Temporary Surcharge of 1968 and the Tax Increase of 1966, were imposed on the American people to fund the Vietnam War.

Reagan, revered by Republicans for his extensive taxation and spending, piled on 5 new and substantial tax increases and is probably the biggest taxing president in US history. Reagan taxes:

Who is really responsible for this mess?  The Republican voters are absolutely responsible because they failed to vote the big taxers and spenders out of office.  Instead, they keep electing them over and over.

Republicans most assuredly do not have the moral high ground when it comes to criticizing the Democrats for their spending.  The Republicans need to focus on cleaning up their own damn party before they can legitimately hurl insults at the other party.
Posted by Judy Morris at 9:57 PM